How to get pets through the heat

ANN/THE STAR – When the temperatures rise, we start to sweat – and if possible look for a shady spot and some cool refreshments. But what about our pets? Are there ways to make the heat somewhat more bearable for dogs, cats, rabbits and small fish?

Unlike humans, many animal species don’t sweat, as the German Animal Welfare Federation pointed out. This applies to rabbits, while cats and dogs only have sweat glands on their paws, for example. Like most pets, they regulate their heat balance by drinking – and dogs by panting, as well.

When it’s hot outside, one thing is particularly important when it comes to rodents, cats, dogs and other pets: Their bowls need to be regularly topped up with fresh drinking water.

Since many cats are not good drinkers, a German industry publication advises to mix water with unseasoned chicken broth on hot days to make it more appealing for them.

Water mixed with canned food is also a great way to make sure that pets are sufficiently hydrated in hot weather.

When it comes to rabbits and other rodents, always remove uneaten green food from the enclosure quickly on hot days. It begins to ferment quickly in the heat, which can then lead to severe indigestion in the animals. 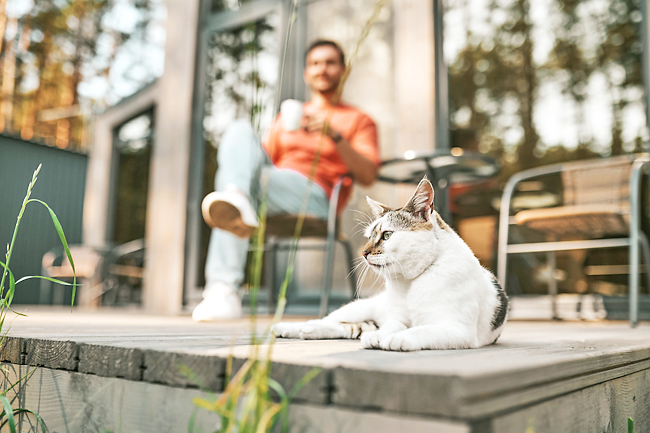 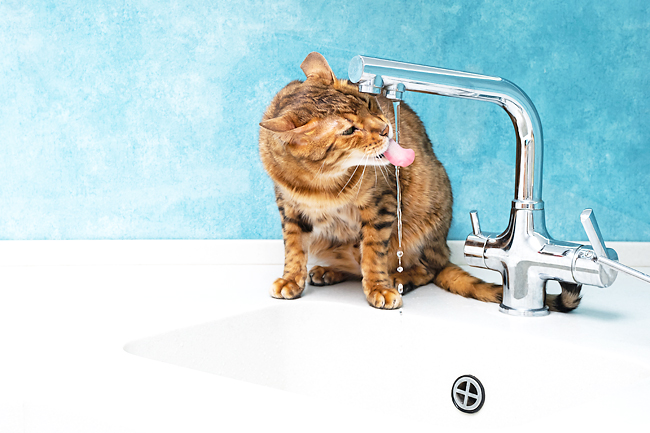 LET THERE BE SHADE

Pets that live in cages need a hutch where they can avoid the blazing sun in hot temperatures.

If you’re leaving the house in the morning, you should remember that the position of the sun changes during the course of the day, warned the Animal Welfare Federation.

When it comes to outdoor enclosures, little houses in the shade and stone slabs can also function as a cool retreat.

To make the heat more bearable for cats, experts also recommend laying out damp cloths or cool packs wrapped in towels. The pets can lie down on them when it gets hot.

CHECK THE GROUND BEFORE GOING FOR A WALK

When temperatures are high, try to schedule long walks with your dog for the morning and evening hours. Otherwise, circulatory problems can occur, especially in older animals.

The Animal Welfare Federation recommended testing the temperature of the ground with your palm before setting off. Otherwise, your four-legged friend can quickly burn their sensitive paws on asphalt that is too hot.

LESS LIGHTING FOR THE AQUARIUM

If you’re worried about your fish in the aquarium when temperatures are soaring, you should never use ice cubes or run large amounts of ice-cold water into the aquarium to cool them down, warned the German Association of Zoological Specialists. Sudden changes in temperature can be dangerous for the fish.

Instead, the experts advise switching on the light in the tank for a shorter period of time during a heatwave, which prevents the water temperature from heating up too much.

Most animals also behave more calmly in a darker environment, which relieves the metabolism and reduces oxygen consumption. This makes it easier for them to adapt to higher temperatures.