How to focus, and ignore all the tech and gadgets that scream for attention

CNA/THE NEW YORK TIMES – In 2004, Gloria Mark, a professor of informatics at the University of California, Irvine, watched knowledge workers go about a typical day at the office.

Using a stopwatch, she noted every time they switched tasks on their computer, moving from a spreadsheet to an email to a web page to a different web page and back to the spreadsheet. She found that people averaged just two and a half minutes on a given task before switching.

When Dr Mark repeated the experiment in 2012, the average time office workers spent on a task had dropped to 75 seconds. And it has continued to drop from there.

“Our attention spans while on our computers and smartphones have become short – crazily short – as we now spend about 47 seconds on any screen on average,” Dr Mark wrote in her new book, Attention Span: A Groundbreaking Way to Restore Balance, Happiness and Productivity.

Anyone who’s tried to study for an exam, write a report or read a book knows how hard it is to concentrate for significant chunks of time. Typically, digital devices are to blame for the disruption. 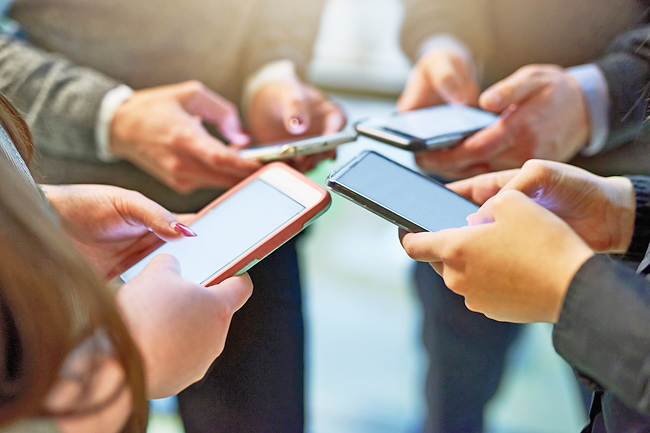 The Internet is omniscient, our phones omnipotent, and together they demand and destroy our concentration.

Even when we really try to focus on a task, we often find we can’t, our eyes glazing over and our thoughts drifting.

Fortunately, there are ways to wrest back control of your attention. They don’t require swearing off technology altogether, but you do need some self-restraint and a few well-timed alarms.

Notifications are one major source of distraction – those pings and dings pull you out of your work and prompt you to check your texts, email or Slack.

Because our brains are evolutionarily designed to pay attention to novelty, these alerts are almost impossible to ignore. And if you try to, you’ll likely find your anxiety mounting.

In one diabolical study, psychologists brought heavy and moderate smartphone users into the lab under the auspices of a different experiment. They hooked the participants up to skin conductance monitors, which measure levels of arousal, and took away their phones, telling them that they interfered with the research equipment.

Then the researchers texted the participants multiple times; the phones were close enough to hear but too far away to check.

When their phones buzzed, the participants’ arousal levels spiked. “They felt like they needed to answer that text or at least see who it was from, and they couldn’t,” said professor emeritus of psychology at California State University Larry Rosen, a co-author on the study. “And that gave them anxiety.”

Turning off notifications is a good way to reduce distractions – indeed, it’s a classic tip – but it won’t completely solve the problem. In her research on office workers, Dr Mark found that external distractions accounted for only half of the interruptions in focus.

The other half were prompted by an internal motivation to switch tasks.

Most interesting, Dr Mark observed that when the number of external interruptions waned, the number of self-interruptions rose. “We get into this pattern of having short attention spans,” she said. “And if we’re not being interrupted by something external to us, then we switch gears and begin to interrupt ourselves.”

Dr Rosen hypothesises that these urges to self-distract are caused by stress. Research shows that heavier smartphone use is correlated with higher levels of cortisol and other markers of stress.

Rising anxiety could become an internal signal to look at your texts or Twitter, even without a chime or vibration. When there are no notifications, Dr Rosen said, people “get a strong internal sign from their anxiety system that says, ‘Oh, my gosh, I have to check in!’ And so they do.”

To increase your attention span, Dr Rosen recommended employing what he calls a “tech break.” Before you have to focus on a task, take one or two minutes to open all your favourite apps. Then set a timer for 15 minutes, silence your phone, turn it face down and set it to the side.

When the timer goes off, you get another one or two minutes to check your phone – a tech break. Repeat this cycle three or four times before taking a longer break from your work.

The goal is to gradually increase the time between your tech breaks, building up to 20-, 30- and even 45-minute stretches. Dr Rosen said you’ll know you’re ready to focus for longer periods when the timer goes off and you want to stay on task instead of reaching for your device.

Neither Dr Mark nor Dr Rosen are fans of trying to go cold turkey by declaring a phone-free day or using software to block certain websites. People inevitably return to their old habits when they have access again, and they don’t improve their self control.

Tech breaks and self-awareness can help you control the urge to jump from screen to screen, but a professor-in-residence at the University of California, Los Angeles Graduate School of Education and Information Studies Maryanne Wolf said that even when we’re reading just one screen, we aren’t engaging with it deeply. That’s because screens are designed to make us read very quickly – to scan, skim and scroll. As a result, we don’t give the text our full attention and are more apt to miss information.

“The nature of a screen, if you just think about it, is to constantly refresh the information,” Dr Wolf said. “There is a psychological mind-set to go from the start to the finish as quickly as possible.”

“Many people have lost the ability to really immerse themselves,” she said. “We have developed a cognitive impatience about our reading.” To get back in the practice of what Dr Wolf calls “deep reading,” try to dedicate at least 20 minutes a day to reading a physical book, combined with Dr Mark and Dr Rosen’s tips to fight distraction.