THE WASHINGTON POST – When my husband and I bought our house in 2017, we had limited time and energy to focus on our renovation. With a window of 10 weeks between closing and moving in with our then-one-year-old son, we had to overhaul the home’s interior, finish the basement, build a patio, sand and stain the floors, and reconfigure the painfully small primary bathroom.

On that last point, we may have moved a little too quickly. The mistakes we made in our quick renovation came back to haunt us just a few years later, when moisture build-up from poorly made choices caused the paint to bubble, the light fixtures to rust and mould to grow on the windows and medicine cabinets.

A few weeks ago, we addressed the moisture issue with a DIY renovation that restored our bathroom to its former glory – and to relative aridity. The good news is that, for homeowners installing bathrooms, renovating bathrooms or grappling with moisture in their current bathrooms, there are remedies.

The best way to attack bathroom moisture problems is to prevent them in the first place. Most issues (mould, mildew and wet walls, for instance) come from condensation, said New York-based architect Kate Reggev. To reduce moisture, she said, homeowners should consider three points before building or renovating: “Try to mitigate the extent of cold surfaces in a bathroom, plan for adequate ventilation and select the right building products for a wet space.”

To tackle cold surfaces, Reggev said, homeowners can install – or upgrade to – double-glazed, properly outfitted windows. Opening a window after showering, which allows the humidity to escape the room, is also an option. If the bathroom has exterior walls or contact with an uninsulated attic, Reggev said, adding insulation to walls or installing radiant floor heating “will make sure that you’re keeping the surfaces of the bathroom warm”. 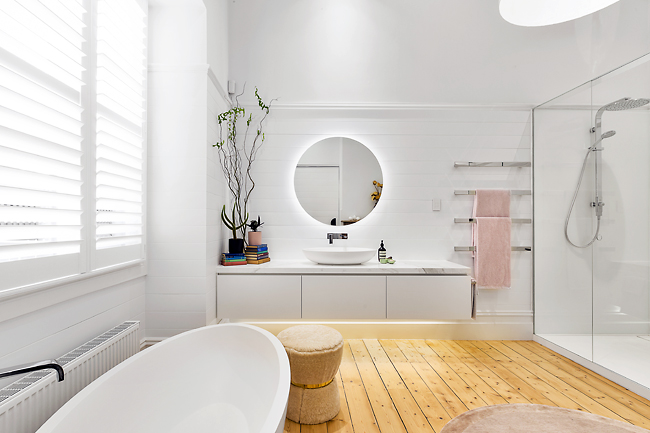 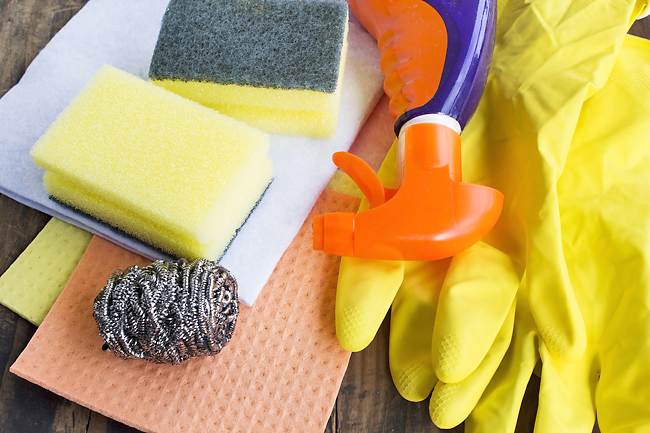 When building or redoing a bathroom, you can also install mould- or moisture-resistant wallboard, Reggev said. “These types of wallboard are specifically treated with a special paperless backing and coatings to prevent mould and/or moisture,” she said. Showers, she added, should be surrounded by cement backer board.

Using large porcelain tile and stain-resistant grout – such as grout made of epoxy – can prevent water from absorbing into the walls behind tiling, too, said Washington state-based bathroom renovator and blogger at diytileguy.com James Upton. “Porcelain tile is impervious,” he said, and epoxy and single-component grouts “aren’t porous the way cement grouts are.”

If you already have water-related problems, there are steps you can take to mitigate the damage. A high-powered ceiling fan, or one that also offers heat, can help eliminate moisture, said Director of Marketing and Sales for the Decorative Plumbing and Hardware Association Kymberly Glazer. “That’s going to be, really, your biggest line of defence against moisture,” Glazer said. Additionally, Upton suggests getting a fan with either a humidity sensor or a timer switch that will shut off on its own, saving energy.

Glazer suggests consulting with a professional or visiting a hardware showroom before installing a fan. “They’re going to make sure that you have the right size” equipment, she said, for your space. For the best results, leave fan installation to the professionals.

The right kind of paint can also help combat moisture issues, Reggev said. Some paint companies, including Benjamin Moore, produce paints with anti-microbial additives that help resist mould growth. “You’ll also want to make sure that you use a moisture-resistant primer to keep moisture from seeping between the paint and the surface it’s applied to,” Reggev said. Otherwise, she noted, the paint may be prone to peeling.

There are other items you can add to an existing bathroom as an extra shield against moisture. Towel warmers, Glazer said, are easy to install and can help heat small spaces, drying excess moisture in the process. Electric towel warmers can be hardwired or plugged in, and there are even free-standing versions available. Medicine-cabinet defoggers, she said, are another option, using the same principle of heat to reduce moisture.

Another upmarket solution – which can be added during a build or renovation, or even retrofitted into a space – is the AirJet Shower Drying System. It is installed throughout the shower space, with forced air coming out of nozzles in the ceiling and, in new installs, the walls.

And companies including Kerdi and Wedi produce moisture-resistant showers, Upton said, that prevent water from seeping behind the backer board. The Wedi system offers a waterproof and pre-sloped shower, which comes as a kit, made from mould- and mildew-proof materials. Kerdi’s Schluter-Shower System is a collection of products that go together for bonded and watertight tiled showers. (Items include drains, waterproofing pipe seals and shower benches.)

Eliminating moisture from the bathroom can also be a matter of due diligence, Reggev said. “A low-tech solution can be as simple as wiping down the moist surfaces after a shower,” which, she said, can prevent mould and mildew from taking root in the first place. Larger-scale maintenance, such as repairing cracked grout, loose caulk and missing sealant around the border of a tub, is equally important, Reggev said.

Another easy way to let wet air escape, Upton said, is to leave the shower door open. “Combine this with using a squeegee after every shower,” he added. “This will assist in reducing air moisture, along with keeping your shower clean.”

Basic maintenance can be one of the most important elements of bathroom preservation. “What seem like small crevices that aren’t a big deal,” Reggev said, “can ultimately have a big impact on moisture control. Water is amazing in its ability to move.”

If you do end up with mould and mildew in your bathroom, the way my husband and I did, all is not lost. Once your bathroom is fully dry, wipe down the walls and surfaces with a solution of bleach or distilled white vinegar mixed with water, which will kill any existing growth. For tile and grout, use a scrubbing brush and a cleaner that offers protection against mould and mildew, such as Soft Scrub with Bleach, Black Diamond Stoneworks Grout Cleaner or Home Armor Mold & Mildew Stain Remover. Finally, if you do decide to repaint, make sure your newly cleaned walls and surfaces are mildew-free and bone dry before you start.