TOKYO (AP) — The Refugee Olympic Team was created by the International Olympic Committee (IOC) for the 2016 Olympics to allow athletes to keep competing even if they have been forced to leave their home countries.

It had 10 athletes at the Rio de Janeiro Games and is set to include 29 athletes this time in Tokyo.

WHO’S ON THE TEAM?

There are 29 athletes competing in 12 sports, including a medalist at the 2016 Rio de Janeiro Games who left Iran citing institutional sexism.

The team selected by the IOC on June 8 was drawn from 55 athletes who fled their home countries and got scholarships to train for the games in a new home country.

The 29 athletes — a rise from 10 in the inaugural refugee team at the 2016 Rio de Janeiro Olympics — are also originally from Afghanistan, Cameroon, Republic of the Congo, Eritrea, Iraq, South Sudan, Sudan, Syria and Venezuela. 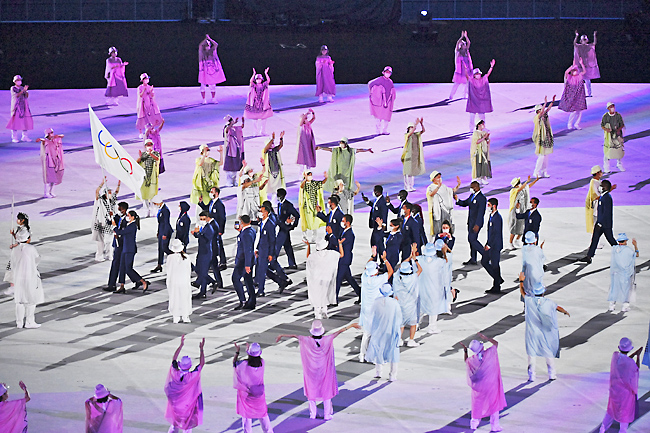 Kimia Alizadeh won a bronze medal in taekwondo for Iran in 2016 but moved to Germany last year, saying she was subjected to sexism from officials.

Now competing as a refugee, she rebuilt her career after injuries and qualified for Tokyo, where she beat an opponent representing Iran in her opening bout.

The team is being managed in Tokyo by officials from the IOC and the Geneva-based refugee agency the United Nations High Commissioner for Refugees (UNHCR). There’s also a refugee team at the Paralympics.

HOW WAS IT FOUNDED?

When the IOC announced the refugee team in March 2016, the war in Syria was causing millions of people to leave the country in the largest displacement crisis since World War II.

The IOC encouraged national Olympic officials to reach out to displaced athletes around the world and selected 10 athletes from a pool of 43 candidates for Rio.

The first to compete was Syrian swimmer Yusra Mardini, who won her heat. After fleeing Syria the year before, she had used her swimming skills to keep an overcrowded inflatable dinghy moving on the dangerous crossing from Turkey to Greece after the boat started taking on water. Mardini competed again in Tokyo.

IOC President Thomas Bach takes great pride in the refugee team and praised the athletes in the opening ceremony in Tokyo.

Cameroon-born weightlifter Cyrille Tchatchet was selected as one of six people to carry the Olympic flag during the ceremony. He stayed in Britain after competing at the 2014 Commonwealth Games and also works in mental health nursing.

“Surviving war, persecution and the anxiety of exile already makes them extraordinary people, but the fact that they now also excel as athletes on the world stage fills me with immense pride,” said UNHCR High Commissioner Filippo Grand.

IOC President Thomas Bach, speaking at the opening ceremony, said, “Dear refugee athletes. With your talent and human spirit, you are demonstrating what an enrichment refugees are for society. You had to flee from your homes because of violence, hunger or just because you were different.

“Today, we welcome you with open arms and offer you a peaceful home. Welcome to our Olympic community.”