THE WASHINGTON POST – Nellie Bristol did her global health policy work from the loft in her Falls Church, Virginia, home for several years without issue. But when her husband joined her in the home office during the pandemic, things got cramped.

She decamped to her 27-year-old son’s former bedroom, which has floor-to-ceiling windows overlooking the backyard. Her son occasionally stays at the house, though, and she didn’t want him to feel displaced. She kept his bed, but flipped it against the wall as a daybed, and she purchased a small Hardwood Artisans secretary desk that can close when he’s visiting.

His books, diplomas and knickknacks are still on the bookshelves, along with his framed photos of sailboats and Wisconsin’s Madeline Island, an annual family destination.

The setup has worked well; when her son’s home, Bristol shuts the desk and works elsewhere. Kids “like having a familiar place that they can still come back to that still has their stuff”, she said. Plus, she likes being around his mementos while she works. “It keeps him close to me.”

It’s almost a cliche: Kids leave for college, their first job or their first apartment, and their parents or caregivers immediately turn their bedrooms into craft rooms or home gyms. That doesn’t have to be the case, though. It’s possible to take advantage of the extra space without erasing all signs of the previous occupant. 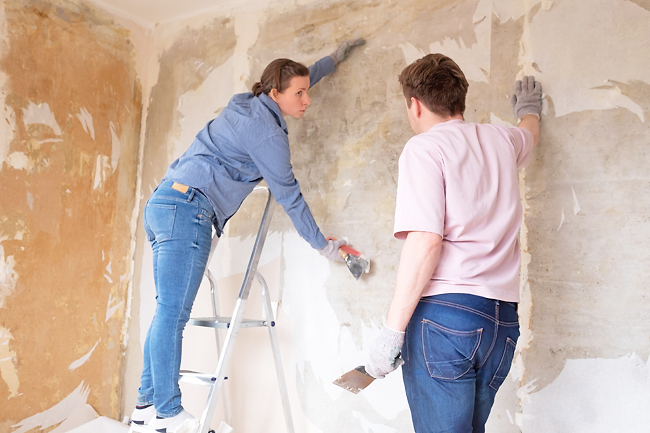 “You should enjoy as much of your house as possible,” said an interior designer Ann Cariola, based outside of Chicago who specialises in helping empty nesters. “Why not make it great for you and your kid so that you’re not losing out on those years of enjoyment or functionality in the house?”

Take a beat. Wait about a month after they’ve moved out before making any big changes to your children’s rooms, Cariola said. You don’t want them to feel as if you’ve immediately washed your hands of them. Plus, their new adventure might not be the right move, and they could return to live or stay with you.

The waiting period is also an opportunity to plan how you’ll use the space and figure out what you need, said interior designer based in Maryland Laura Hodges. Is exercise important? Then maybe you’ll want a Murphy bed for more floor space. Will you take Zoom calls there? It might be time to rethink that Baby Yoda poster.

Collaboration is key. Changing a childhood bedroom without consulting your kid could make the process unnecessarily emotional, Hodges said. If you want to paint the walls or change the bedspread, involve your children in choosing colours or patterns, and include them in decisions about mementos and wall art.

Incorporating your child’s preferred aesthetic, such as mid-century modern or boho, can also ensure that the space still feels special to them, Hodges said. And keep a place for them to do the things they like, she said, such as an area for reading or a nook for painting.