THE WASHINGTON POST – Several decades ago, a woman living in a second-floor apartment dreamed of falling through the wooden staircase in her building. A few days later, one of the steps actually collapsed under her weight, and she barely avoided a serious fall. Did her dream somehow predict the accident?

The woman’s neighbour was a young dream researcher named Antonio Zadra. After hearing her story, he inspected the steps and noticed signs of rot. She swore she had never noticed any damage, and he believed her. He knew, however, that we consciously perceive only a subset of the total information our minds absorb from the world. He suspected that she had unconsciously registered the rotting stairs, and her dream was a vivid depiction of the threat.

For those of us whose neighbours do not study dreams, it’s not surprising that such episodes can inspire a sense of wonder verging on mysticism. Even professionals often struggle to avoid implausible accounts of the origins and meanings of dreams. Just consider the explanatory roads not taken by Zadra: He does not posit her dream as an instance of suppressed wish fulfilment (Freud), a protrusion of a collective unconscious archetype (Jung), a random burst of neural activity (the activation-synthesis hypothesis) or any sort of mystical, supernatural event (much of the Internet).

Zadra and co-author Robert Stickgold’s fascinating new book When Brains Dream: Exploring the Science and Mystery of Sleep steers a reasonable and broad-minded course between the many interpretive whirlpools that have swallowed previous explorers of dreams. Though they tour a broad range of contemporary research and theorising, they ultimately propose that a primary function of dreaming is to detect and dramatise the possible meanings of information latent in memories and associations that we rarely access while awake.

They begin with a helpful clearing of brush from the path of inquiry. Despite his towering stature in the popular imagination, Sigmund Freud is just such a shrub blocking further progress. Not only did he neglect to acknowledge that major aspects of his 1899 The Interpretation of Dreams had already been articulated by earlier 19th-Century pioneers in dream research, he also presented his conclusions in dogmatic and categorical terms. The judgement of the Spanish anatomist Santiago Ramón y Cajal, the 1906 Nobel laureate who discovered nerve cells, is apt: “Except in extremely rare cases, it is impossible to verify the doctrine of the surly and somewhat egotistical Viennese author, who has always seemed more preoccupied with founding a sensational theory than with the desire to austerely serve the cause of scientific theory.” 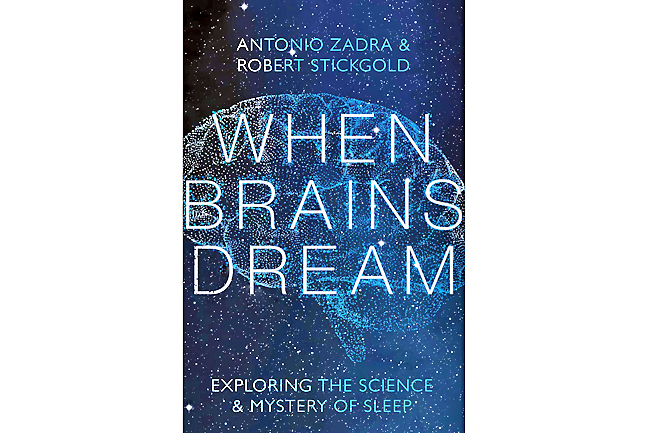 As the long shadow of Freud gradually dissolved in the mid- to late 20th Century, serious research on dreaming could begin in earnest. Two broad poles seem to bound the post-Freudian spectrum of explanations. At one end is a model proposed in the 1970s called the “activation-synthesis hypothesis,” which suggests that dreams are our brains’ attempts to impose a semblance of structure on the chaotic imagery prompted by essentially random neural firings. At the other end are neo-Darwinian accounts arguing that dreams serve the adaptive functions of simulating and responding to potential threats or social situations.

Though Zadra and Stickgold reject the idea that dreams are random epiphenomena, they also stress that dreams only rarely replay or resolve actual life situations. Their own theory proposes that dreaming extracts new information from memories by discovering and strengthening previously unexplored associations (they brand their model with the acronym NEXTUP: network exploration to understand possibilities). For this capacity to be a target of natural selection, however, the new information that dreaming discovers must provide at least some periodic survival benefit. They could be clearer in asserting this directly. They could also distinguish more precisely at points between the benefits of sleeping and the benefits of dreaming per se.

One suggestive finding for their argument is that people are better at learning new skills, whether a sequence of keystrokes or the route through a maze, after sleep. There is some evidence that dreams in particular are a mechanism of this improvement: In one study, participants who reported dreams related to solving a virtual maze improved more than those who did not. REM – rapid eye movement – sleep is a particularly interesting sleep stage in which muscle paralysis may allow us to experience dark and negative dreams with no risk of acting them out. When awakened from REM sleep, people are also unusually quick to notice connections between distantly associated concepts. (For instance, if you can’t identify the word that links the terms “desert”, “ice” and “spell”, it’s worth trying again after a nap.) The absence of certain neurotransmitters makes the mind tend toward loose associative drifting during REM sleep, which may explain the often bizarre quality of our dreams during this sleep stage.

We are also neurochemically predisposed to find our dreams meaningful, which may suggest that they do have a pedagogical function. Even the common advice to make an important decision only after you “sleep on it” might be worth revising, to “dream on it”. The fact that dreams often generate powerful emotions and deploy narrative structures further strengthens the notion that they perhaps represent a kind of theatre of the unconscious, one not always intent on providing concrete solutions so much as making sense and meaning out of our experiences. Sometimes, however, the point of this nocturnal theatre may be quite simple: If you dream of falling through the stairs, take the elevator.