THE WASHINGTON POST – My son Finn knew about Laura early in life. Our photos were displayed around the house, and we talked about her often. He knew we were in a crash and that Laura died in the car accident. He knew Laura had been my girlfriend in college and that I met mummy after Laura died. He knew Laura’s dad, and he knew he was a very special part of our lives.

What he didn’t know was that the crash was my fault, that it happened because I broke the law, and that I went to jail for it.

It can be hard to be honest about the mistakes we’ve made in our past, not just out of shame but because we want to protect their innocence. The things I did – drinking and driving, causing Laura’s death, going to jail – are not like a bad Halloween costume or embarrassing college photo. I worried telling him might destroy his image of me and force him to grow up a lot faster than I was ready for.

When he was younger, Finn asked me what I did for a job. I told him that I helped people who were coming home from prison to rebuild and start their lives again.

“But isn’t prison for bad guys?” he’d asked. He was big into superheroes at the time.

I told him that most people aren’t all good or all bad, and my job was to help people who got on the bad guy side to get back on the good guy side. I know that far from being full of bad guys, our prisons are full of many people who never belonged there in the first place, but it seemed like the best way to explain my work at the non-profit advocacy organisation where I worked. 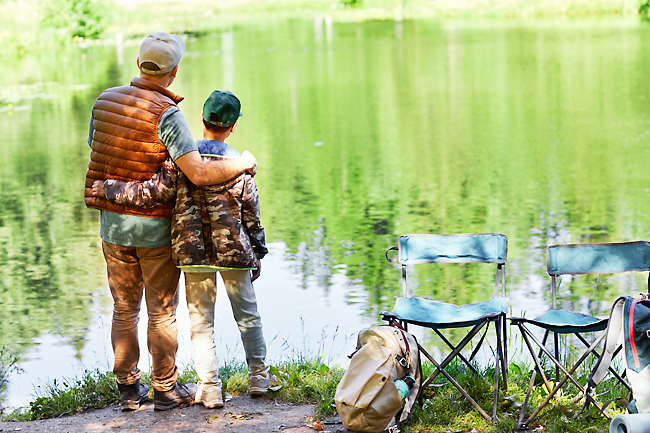 Everyone can turn their lives around, I explained, and I wanted to help them do it because a world where people have second chances was a better world for him to grow up in.

As he continued to grow, I didn’t want him to think differently of me if I told him. I loved the boyish way he looked at me as the dad who could do no wrong. I could imagine the disappointed look on his face when he found out his dad was a “bad guy”.

But, the trauma and grief of losing Laura had taught me to be vulnerable and open with the people I loved. I wanted to show him what openness meant, and I wanted him to know that I trusted him enough to share my pain with him. By the time he was seven, I thought it was time to be honest with him.

I sat down next to him on his bed. I was shaking almost as I had been at my sentencing with the judge a decade ago.

“Hey, bud. I need to tell you something.”

He could tell from my voice that whatever I was about to say was important, and he got quiet and attentive, staring at me with his eyes wide and curious.

“You know how Laura died in a car accident, and I was in it too?”

“I was actually driving drunk. It was my fault. I broke the law, and I went to jail for it.”

At first, he was shocked. Then he was confused. He knew drinking and driving wasn’t safe, and he knew it was against the law. But he didn’t understand how drinking and driving means you’re responsible for someone’s death in a car crash. He didn’t want it to be my fault. “But it was an accident,” he implored.

“That’s true. But sometimes when we make a bad choice and it has a bad outcome, we have to take responsibility for the consequences.”

I told him there was nothing in the world like the love a parent has for their child. I’d taken the most important thing in the world from Laura’s family, and that was why the forgiveness I received from her parents was so incredible.

“On TV they say the food in jail is bad. Is that true?”

“I’m sorry that happened to you, Daddy,” he said, curling up with his head in my lap as I ran my fingers through his hair.

“I know you miss Laura,” he continued. “You get sad when we talk about her.”

He asked if I wished she was still alive, and I told him I did.

“But you wouldn’t have us or know Mummy if she was still alive.” He wanted me to choose between the life I have with him and the life I would have had with Laura.

“I wouldn’t even be alive if she was alive.”

“That’s not how life works, bud. If there were some magical world where I could bring Laura back, I’d have you in that world too. But in the real world, we don’t get to change the past. I made a bad choice, and it still hurts. A lot. I wish I could change it, but I can’t. And it’s also true that I would never trade the life I have with you, Mummy, and your sisters for anything in the world.”

And because I was honest with him, as he’s continued to grow, he’s always been honest with me, and he’ll always know no matter what mistakes he makes, he has a dad who understands that everyone can be forgiven.