The two major downside risks which contributed to the weakness in Q1 – the emergence of the more transmissible Omicron COVID-19 variant and continued disruptions to domestic oil and gas production – were identified in the August 2022 update of the Brunei Economic Outlook 2022 report by the nation’s think tank, the Centre for Strategic and Policy Studies (CSPS).

Nonetheless, on a quarter-on-quarter (q/q) basis, retail sales were 4.8 per cent higher than in Q4 2021 while food and beverages services grew 19 per cent.

The q/q growth indicates a partial recovery from the sharp decline in activities during the second COVID-19 wave that began in August 2021, driven by the Delta variant.

Pandemic-related restrictions have eased significantly since early March this year. The progressive re-opening of the economy should enable a faster rebound of economic activity in the second half of 2022, notwithstanding cross-border spending leakages. 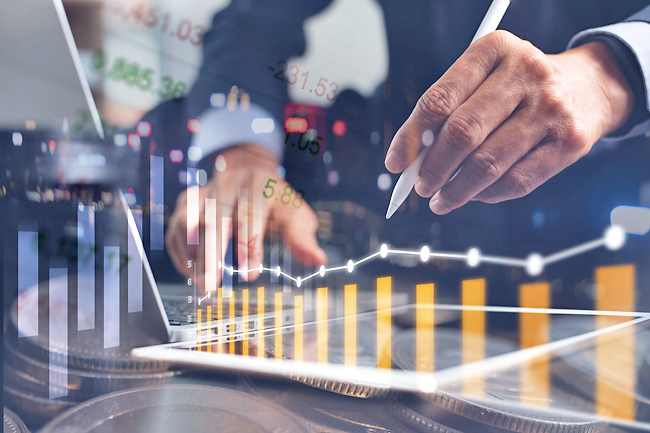 The negative growth in Q1 2022 was largely due to a sharp contraction in oil and gas mining (-7.8 per cent) and liquefied natural gas (LNG) manufacturing (-12.8 per cent).

The decline in upstream oil and gas production was attributed to maintenance and rejuvenation activities.

NEW AND EMERGING SOURCES OF GROWTH

On the other hand, strong growth was recorded in the downstream oil and gas sector, particularly in the manufacturing of other petroleum and chemical products (11.1 per cent).

The downstream sector is expected to become the main driver of growth going forward.

After some delay, Brunei Fertilizer Industries Sdn Bhd began the production of ammonia and urea in January and exported products to Thailand and Korea in February.

After steep contractions over the past two years, the air transport sector is gradually recovering with the resumption of non-essential travel.

Brunei’s fiscal deficit has narrowed significantly since Q2 2021 thanks to higher oil and gas receipts and tax revenue.

Crude oil and LNG prices have increased following a recovery in global demand in the second half of 2021, and have risen even more sharply after the war in Ukraine led to heightened supply concerns.

Brunei’s fiscal position remained in deficit in 2022 Q1 due to an increase in government expenditure, but is expected to move into balance or register a small surplus if energy prices remain elevated.

Gross merchandise exports have increased, driven largely by exports of crude oil, LNG, and other petroleum and chemicals products.

The value of oil and gas exports was bolstered by the increase in international energy prices, while external demand for downstream products continues to increase and surpass pre-pandemic levels.

Imports of mineral fuel – feedstock for the production of refined petroleum products – accounted for the largest share of total imports.

Overall, the trade account balance has been in surplus since Q1 2021. The surplus is expected to grow amid robust demand.

Headline inflation, as measured by the y/y per cent change in the consumer price index (CPI), has risen sharply in recent months, reflecting supply-side disruptions due to global crises.

Brunei’s inflation rate surged to 3.9 per cent in April – the highest in more than 25 years.

Inflation eased only slightly to 3.8 per cent in May.

Positive inflation rates have been recorded for 30 consecutive months since December 2019. The recent price increases have been attributed to higher prices of food (especially vegetables, cooking oil, and meat), vehicle purchases, air transport, and insurance premiums.

Administrative measures, including price controls and subsidies, have helped keep inflation in check.

Electricity and petrol prices, for instance, have skyrocketed in many countries but remain unchanged in Brunei.
Moreover, monetary policy tightening by the Monetary Authority of Singapore has supported a strong Singapore dollar, and hence a strong Brunei dollar owing to its currency peg, which has helped contain imported inflation.

Despite a steep contraction in Q1, the Brunei economy is still projected to grow modestly in 2022.

Growth is expected to be largely supported by the downstream oil and gas sector as external demand firms and a rebound in services activity following a full re-opening of the economy.

The emergence of more virulent and vaccine-resistant COVID-19 variants, although a tail risk, remains a threat to economic recovery.