THE WASHINGTON POST – For the first time in some years, I don’t have a plan to travel. With this nourishing cycle of investigation, expectation and adventure at a standstill, I’ve been looking for ways to expand my experience and cultivate awareness of the world without leaving home.

I get on the treadmill in my garage and watch a slice of morning sun illuminate the narrow width of my driveway. Light transforms the chilly air, revealing a sea of tiny winged insects, bits of pollen, grains of ash or soot, sawdust from a neighbouring construction site, and the delicate luminous scrawl of a spider’s web. The world is in motion, evidence of change is everywhere and, as I push myself to run, I breathe it all in. The small space of my backyard is filled with information and, with time on my hands, I can’t help but take notice.

Back in February, when I had no idea that stepping beyond my doorstep would soon mean breathing through a mask, I spent an hour in a Zodiac inflatable boat straining phytoplankton from freezing seawater in the Antarctic Peninsula. The day was silent and foggy and our voices mingled with the cries of a few Adélie penguins and the occasional crack and boom of a calving iceberg.

Flat and mysterious, the ocean was the colour of pewter. A scattering of tiny krill squiggled through my reflection as I stared down into the depths, tracking the descent of the Secchi disk. Like a black and white CD on a line, the disk indicated the level of light penetrating the dense salt water. A pricey digital gizmo called a SonTek CastAway revealed further information about the pressure, temperature and salinity of the depths.

My fellow passengers on the Hebridean Sky, a vessel run by Polar Latitudes, were from all over the world. On the Zodiac that morning, our small crew hailed from Singapore, the United States, Germany and Argentina. We all knew a bit about phytoplankton, but less about its vital role in the vast interconnected web of the natural world. Bluntly put, these microscopic floating plants provide 50 per cent or more of the oxygen on Earth.

“Every second breath you take, you can thank the phytoplankton,” said Annette Bombosch, education coordinator for Polar Latitudes, from the stern of the bobbing boat.

We were participants in a particularly dramatic example of a citizen science opportunity, in which the sound of a distant exhalation was likely signalling a passing humpback whale. We filled small, brown bottles from the surface, adding a preservative stain called Lugol’s solution.

More concentrated samples were collected by dragging a net slowly through the water for 10 minutes and filtering out the phytoplankton with a handheld pump. Though we had less than two cups of water in our sample, the pumping required effort and we all took a turn. The resulting brownish substance on the white filter was folded into what someone jokingly called “a Phyto Taco” and dropped into a test tube.

Back on the ship, we met our phytoplankton under a microscope. One was rounded at the ends and sported a spiky crown of tiny hairs; another was shaped like a fountain pen.

Bombosch suggested we think of the phytoplankton universe as an “invisible forest”. She attributed this description to Allison Cusick, a PhD candidate back at the Scripps Institution of Oceanography in San Diego whose work we were aiding. Determined to chart the effects of melting glaciers on coastal ecosystems, Cusick needed long-term data, but distance, logistics and funding kept her from making regular trips to Antarctica. To fill in the gaps, she created Fjord Phyto, a partnership of education and research that capitalises on the regular routes of cruise ships and uses travellers like me to convey the crucial data needed from one of the most distant and fastest-warming regions on Earth.

At the end of the season, these samples would make their way by ship, auto and airplane back to California. Just like me. With a certain sense of attachment to our collected samples, I had this idea that I would drive south from my home in Los Angeles to catch up with them again in Cusick’s lab. The spread of the coronavirus changed everything. I got back to the States, but the phytoplankton did not.

“2020 is going to be a year of mysterious productivity,” Cusick said when we first spoke back in March, a week after the California shutdown began. The hurried efforts to shut down her lab mimicked the scramble to clear the samples from our ship in Ushuaia, Argentina, and also the rush on toilet paper and pasta in my local supermarket.

Confined to the boundaries of home and yard as the pandemic spread, Cusick studied computer coding while I joined my fellow humans in binge television watching, added the verb Zoom to my vocabulary, and scanned through the Internet proliferation of sourdough recipes and TikTok dances. In these unusual times, the human need to consume and share information is on full display. Taking a look at positive ways we might use this connection is heartening.

“I just go to the case studies that show and demonstrate the power of the crowd and the knowledge of collective contribution,” Cusick said when we spoke again recently. “Weather forecasting started because people had rain gauges in their backyards. The people in Flint, Michigan, started testing their own water. Something was off, and the city wasn’t doing anything about it. It was a social justice issue.”

The coronavirus is a more nefarious microscopic cohabitant of our planet, but it shares with phytoplankton an ability to illustrate the effect of our global interconnectedness. Everything and everyone affects everything and everyone. A trickle of fresh water into the Antarctic convergence may not ring an alarm bell until you also begin to understand that large phytoplankton prefer colder, saltier water. In addition to providing much of the air we breathe, these chunky phytoplankton are at the base of a complex food chain that links all the way up to penguins and whales.

“There would be no whale watching anywhere else in the world if you didn’t have the polar regions where they go to feed,” Cusick said.

At least 50 per cent of our oxygen and whales: That’s a lot of responsibility for a tiny floating sea plant. I’m a little in love with the phytoplankton right now. An urge to protect these minuscule organisms guides me to make sustainable choices in my own life and look for ways to encourage others to do the same. This conscious work helps balance my fear of the virus and grounds me in the world.

“When you collaborate with people who aren’t scientists, you gain a whole community of people who are invested in the project,” Cusick said, explaining the ongoing value of participatory science. 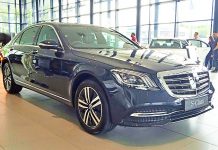 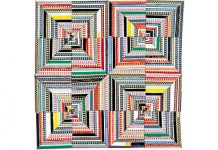 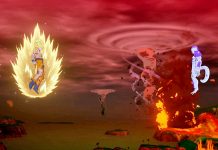