BRISBANE, AUSTRALIA (AFP) – An Australian doctor who began inventing virus detection tools as a “hobby” is now helming a mammoth effort to ship the first non-prescription home COVID-19 tests cleared by US regulators.

Sean Parsons is the founder of Ellume, a medical tech firm based in a suburban industrial park, where rows of factory workers in sterile clothing swiftly assemble sleek grey kits roughly the size and shape of home pregnancy tests.

Ellume’s product delivers results in just 15 minutes and will soon be available over the counter in pharmacies across the country worst-hit by the pandemic.

“We’re making the first product that’s headed for the United States (US). So it is an important day,” Parsons told AFP on a recent tour of his company’s Brisbane facility.

At the time, the Food and Drug Administration (FDA) in Washington had just approved Ellume’s kits for emergency use and the company was manufacturing 16,000 tests a day.

It is now rapidly scaling up production, aiming to hit 100,000 units a day this month and one million by mid-year.

“The objective is to diagnose as many people as possible – millions of people with coronavirus – to enable and encourage them to reduce the transmission within the community,” Parsons said. 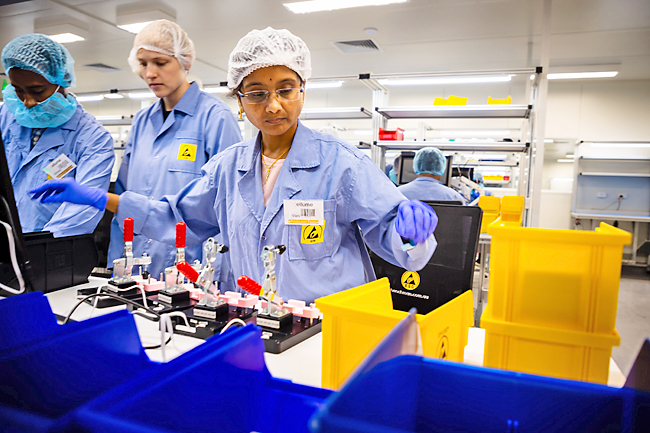 The single-use kit comes with a self-administered nasal swab that is slotted into a tube containing a small analyser capable of detecting the virus.

A free smartphone app walks users through the process and pairs with the analyser over Bluetooth to download test results.

Though the vaccine rollout is already underway in the US, the pathway to herd immunity is expected to be long and rocky, and Parsons is confident his tests will be needed for “many years” to come.

“There will be people that are not just worried about having coronavirus, but people who choose to not be vaccinated for whatever reason,” he said.

“Testing at scale in the community is here to stay, as we see it.”

The seed for Ellume was planted during the swine flu pandemic in 2010, when Parsons worked in a busy Brisbane hospital filled with worried people seeking tests.

As his shift was ending, the doctor treated a teenager who later tested positive for the disease.

“If he could have obtained the results earlier and not spent four hours in the waiting room spreading it to goodness knows how many people, then we could have offered even better care,” Parsons said.

He tinkered away at the side on an invention he hoped would eventually help rapidly detect flu-like illnesses.

It started as “a bit of a hobby” but by late 2011 Ellume had attracted enough investment for Parsons to fully devote himself to the venture.

When the coronavirus pandemic struck, the firm had already invented a nanoparticle testing system used to make an at-home influenza test and had embarked on a partnership to bring tuberculosis testing into communities.

As early as February – before Australia had slammed shut its international borders to forestall the pandemic – Parsons and his team were “pouring their energies” into adapting their work for COVID-19 testing.

That attracted a USD31 million investment from US government agencies, setting the stage for the at-home test to be delivered there first.

A clinical trial found it to be 96 per cent as effective as lab testing – positioning it as a complement to traditional methods and eventually convincing the FDA to grant emergency use authorisation.

Ellume’s focus remains squarely on the US but Parsons wants to expand globally and hopes for European Union (EU) approval later this year.

And while it took more than eight years to create the technology and eight months to tailor it to detect COVID-19, Parsons is already looking ahead to how they can more quickly address the next major disease outbreak.

“We’re also building this capacity to respond to a future pandemic,” he said. “That is inevitable, and we need to be ready.” 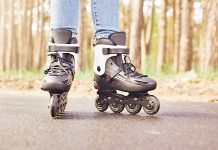 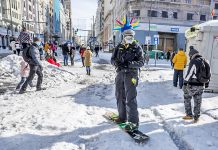 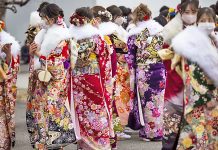 Fadhil Yunus Inline skating or rollerblading can create a truly enjoyable experience and has increasingly been gaining a place in......Read more

PRAGUE (AFP) – Hundreds of medical students have volunteered to help out in Czech hospitals packed with COVID-19 patients where......Read more