THE WASHINGTON POST – As temperatures around the world increase, scientists have documented large-scale environmental effects – rising sea levels, drought and famine, intense flooding and the disappearance of species.

But increasingly, some researchers worry that higher temperatures might also contribute to people behaving badly.

Two recent studies add to the idea by showing that when it gets hot out, people are more prone to hate speech and hostile behaviour.

One study found hate speech on social media escalated with high temperatures. Another reported an increase in workplace harassment and discrimination at the United States (US) Postal Service when the temperature eclipsed 90 degrees.

Together, the studies add to a growing literature connecting heat to aggressive behaviour. It’s well known how social media can bring out bad behaviour. 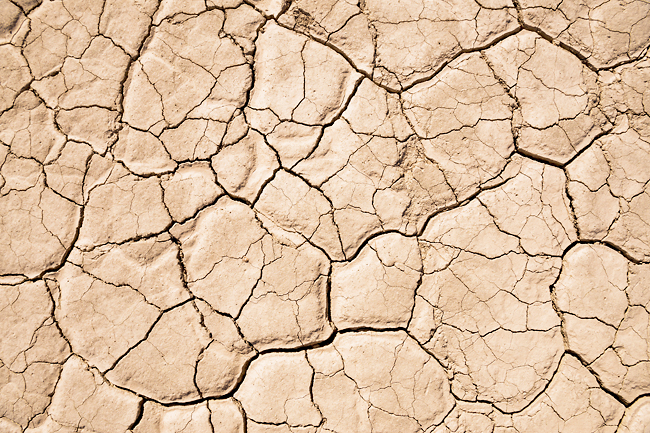 Researchers from the Potsdam Institute for Climate Impact Research found an increase in hate speech of up to 22 per cent on Twitter when temperatures are above 107 degrees Fahrenheit.

They also found that offensive tweets were more common during extreme cold, with a 12.5 per cent increase when it was below 27 degrees Fahrenheit.

To determine the relationship between hate speech and temperature, researchers used a machine-learning algorithm to analyse 75 million hate tweets from a database containing over four billion tweets posted by people across the United States between 2014 and 2020.

Researchers relied on the United Nations (UN) Strategy and Plan of Action definition of hate speech: any kind of communication in speech, writing or behaviour that attacks or uses pejorative or discriminatory language with reference to a person or a group on the basis of who they are – in other words, based on their religion, ethnicity, nationality, race, colour, descent or gender, or another identity factor.

Aggressive behaviour was the tamest between 54 to 70 degrees, according to the peer-reviewed study, published in the journal Lancet Planetary Health.

While researchers found that the “feel-good window” varies based on climate zones, temperatures above 81 degrees were consistently linked to significant increases in online hate across all climate zones.

“This points . . . to limits in our capability to adapt to extreme temperatures,” said, study co-author Leonie Wenz, who is also a researcher at the Potsdam Institute.

As summers get warmer and the number of heat waves increases, researchers fear that there will be an increase in online hate.

Summer 2022 ranked among the hottest summers worldwide on record, according to NASA and the National Oceanic Atmospheric Administration.

“I do think that as living in a climate impacted world increases our stress and precarity, we will see increases in aggression online as well,” said an associate professor from the University of Michigan Libby Hemphill, who studies hate speech and social media and was not involved in the study.

Hemphill said there is an uptick in hate speech and other forms of aggression anytime people feel “threatened”, which can lead people to make “bad decisions”.

“It makes sense to me that climate threat would have the same impact or a similar impact to all these other types of threats that stress people out and make them lash out,” she said.

From the blistering temperatures in the Southwest to the suffocating humidity in the Southeast, postal workers must carry out their jobs in challenging conditions, which are only getting worse as heat waves become more prolonged, frequent and intense.

In recent years, postal workers have walked off the job because of sweltering temperatures in facilities without air conditioning and complained of unbearable working conditions.

A 2019 report from the Centre for Public Integrity said the Occupational Safety and Health Administration had cited the Postal Service for “exposing about 900 employees across the country to the risks of heat-related illness and death” dating to 2012.

Lawmakers have held hearings on the matter and put forward legislation to confront the problems. Working under such sweltering, dangerous conditions has subjected some workers to a hostile working environment.

The peer-reviewed study published last month in the Proceedings of the National Academy of Science found that on days above 90 degrees, workers faced heightened workplace harassment and discrimination from managers and supervisors.

The report found that such incidents increased by roughly five per cent on days over 90 degrees compared with days when temperatures were between 60 and 70 degrees.

Complaints spanned more than 12,000 Postal Service offices across the country.

“I find that incidents rise when the temperatures are high,” Narayan said. “Reducing the environmental exposure to extreme heat, either via climate policies or various adaptations, could lower the amount of discrimination experienced by workers.”

The Postal Service did not immediately reply to questions about the study, and the American Postal Workers Union declined to comment.

Heat as an aggravator isn’t a new concept. For years psychologists and social scientists have documented the relationship among high temperatures, aggressive motivation and behaviour, and crime.

Some researchers point to the fact that the human body generates adrenaline in response to excessive heat, which can lead to aggression as a side effect. Some point to high temperatures increasing heart rate, testosterone and other metabolic reactions that trigger “fight or flight” reactions.

Psychology professor at the Iowa State University Craig Anderson, who has studied the relationship between violence and heat since 1979, has written that climate change will directly increase human aggression and violence through what he calls the “heat effect”.

“As global warming increases, there will be, in fact already is, an increase in the frequency with which people are uncomfortably warm or uncomfortably hot,” Anderson said.

“That in itself can lead to decision-making and behaviours that are more aggressive and under some circumstances can lead to increases in violent behaviour.”

Other field studies Anderson has reviewed found that homicides, major assaults, police calls, domestic violence and other violent behaviour all increase when temperatures are higher.