Twelve officers and staff from Higher Hotel took part in a Fire Marshal course at the hotel in Kiulap from August 15 to 17.

The course was organised by the Public Relations Division of the Operation ‘A’ Branch at the Fire and Rescue Department.

The participants were taught the importance of fire safety theory and practical, and carried out practical in-house fire drill training at the hotel.

They were also briefed on procedural steps such as how to take action during a fire as well as systematic evacuation, the proper procedure in using a fire extinguisher and fire blanket and how to save themselves when trapped in a building during a fire. 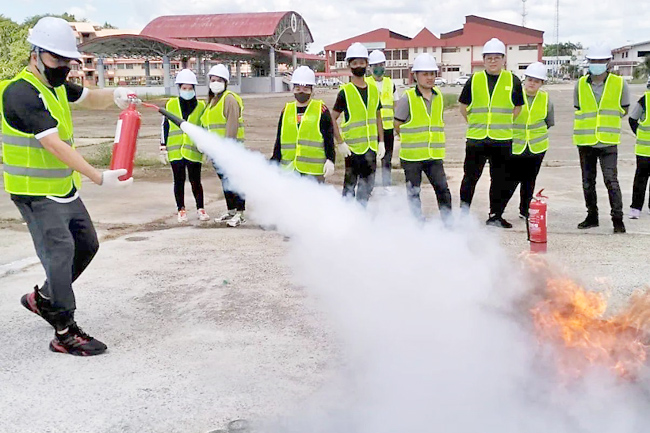