THE WASHINGTON POST – In the spring of fifth grade, I spent afternoons mucking around in the muddy forest behind my house, returning with sticks in my hair and happily devouring whatever snack my mom set out for me.

When sixth grade began that fall, I channelled my energy elsewhere. I became conscious of my clothes, my hair and – most of all – my body. I contrived to avoid my mom’s snacks, and most other food. By Thanksgiving, I was startlingly skinny. By year end, I was in the intensive care unit.

I’ve long attributed the onset of my anorexia to the stress of transitioning from elementary to middle school, combined with a personality predisposed to obsessiveness and rigidity.

But recently, I was reading a novel where the protagonist offhandedly mentioned that eating disorders in women tend to spike around perimenopause, just as they do around adolescence. A lightbulb went off: These two phases of life are accompanied by massive hormonal upheaval. Could hormones cause eating disorders to develop? The answer, I learned, is a qualified yes.

It’s well-established that eating disorders themselves cause hormonal changes. The prolonged starvation of anorexia can lead to low oestrogen and progesterone in women, often accompanied by amenorrhea. Bulimia, too, can cause menstrual dysfunction and mess up levels of hormones. Other known hormonal consequences of eating disorders include high cortisol, growth hormone resistance and low insulin. 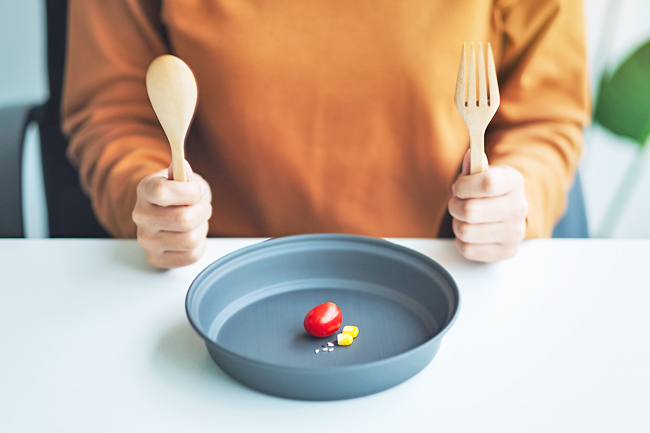 “Often, periods of hormonal shifts like puberty, pregnancy and menopause are high-risk times for eating disorders to begin or flare up,” said Vice President of Medical Affairs Katherine Hill at Equip, a telehealth platform for eating disorder treatment. According to Keel, this was long explained as a psychological response to bodily changes in the face of a society that exalts thinness above all. Now, she said, “we understand that the same hormones that contribute to changes in body weight and shape impact eating more directly and impact risk for disordered eating.”

Of course, hormones alone can’t cause an eating disorder. (“If that were true, then 100 per cent of girls would develop an eating disorder at puberty and 100 per cent of women would have binge-eating episodes toward the end of their menstrual cycle,” Keel said.) These diseases emerge out of a complex interplay of factors, including genetics, psychology and environment – but hormones may play a bigger role than previously thought. Reproductive hormones have been the biggest area of focus, with research suggesting that oestrogen, progesterone and testosterone affect both normal and abnormal food intake.

Animal models also support the idea that these hormones may activate eating disorder behaviours. “There’s growing evidence that gonadal hormones may contribute to the development of an eating disorder and play a role in perpetuating disordered eating,” said Chief Medical Officer Margherita Mascolo with Alsana, an eating disorder treatment provider. “On a broad level, the research finds that progesterone, which is secreted after ovulation, can lead to bingeing behaviour, while oestrogen tends to inhibit food intake.”

One study showed that heritability of eating disorders in girls was zero per cent before puberty, but more than 50 per cent afterward. Boys in the study saw no significant difference, suggesting that female hormones are the driver. (In fact, other research has found that testosterone may be protective against eating disorders, perhaps helping to explain why fewer young boys develop eating disorders than young girls).

A similar interaction between hormones and genetic predisposition unfolds during a woman’s menstrual cycle. According to one study, ovarian hormones act like a “master conductor”, turning on and off genetic risk for binge eating; the influence of genes and the rate of binge eating both increase as progesterone surges post-ovulation.

None of this is common knowledge. “In general, physicians get about an hour of education on eating disorders in medical school,” Hill said. “So, unless a physician is particularly savvy about eating disorders, most may not think to warn patients about them at high-risk times throughout their life, like puberty, pregnancy or menopause.”

There are still a lot of unknowns here, and researchers are quick to point out that more studies are needed to understand the causal relationship between hormones and eating disorders. But what we know so far underscores, once again, the fact that eating disorders are not mere vanity, and they are not all in one’s head; physiology contributes, too.

So, did puberty spark my anorexia in sixth grade? Did birth control pills contribute to my relapse? There is, frustratingly, no definitive answer. In the end, the aetiology of eating disorders remains infuriatingly complex.

My personality, my environment, society: All of these things certainly contributed. But hormones are tremendously powerful, and even as more research is needed, I feel confident concluding that they played as much of a role in the history of my anorexia as those magazine articles instructing me on how to get thin thighs.