AFP – Some corals can recover from bleaching even in long heatwaves as long as humans do not interfere, scientists said recently, raising hopes for the endangered underwater ecosystems essential to much marine life. Researchers tracked corals of the Kiritimati atoll in the Pacific Ocean through the longest tropical heatwave on record, expecting the reefs to suffer mass bleaching.

But despite sitting in a “hot water bath” for 10 months due to a particularly strong 2015/2016 El Nino, the studied corals survived.

“We were blown away to find that not only were all the corals not dead, but some of them didn’t even look to be in bad shape or bleached,” said Julia Baum, co-author of the study published in Nature Communications.

“They had recovered while still under these stressful conditions!” the biology professor at Canadian Victoria University told AFP.

However, there is a catch. Only the corals undisturbed by human stress factors such as water pollution were more likely to survive the heatwave. 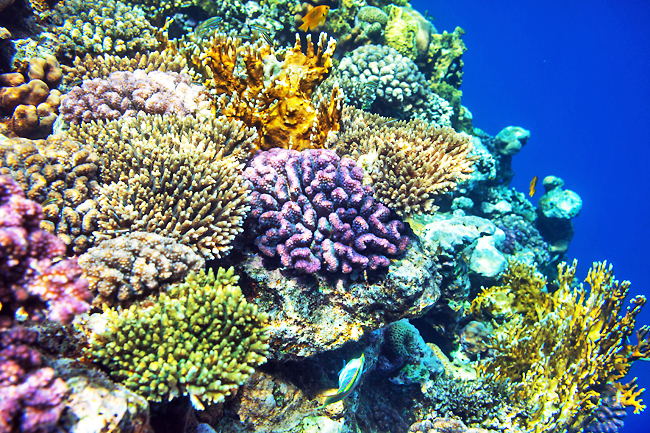 “We found that corals were only able to recover from bleaching while at elevated temperatures if they were not also exposed to other strong local stressors,” Baum said. Coral reefs cover less than one per cent of the ocean floor but support a quarter of marine species, providing them with food and shelter.

Warming waters due to climate change cause corals to expel the food-producing algae living in their tissues, breaking down their symbiotic relationship and leading to loss of colour and life in the process known as bleaching.

Recent spikes in tropical and sub-tropical sea surface temperatures, magnified by an especially potent El Nino, have triggered an unprecedented mass bleaching of corals, affecting 75 per cent of global reefs.

The Intergovernmental Panel on Climate Change in 2018 issued its landmark report on the Paris deal temperature goals – “well below” two degrees Celsius above pre-industrial levels and a cap of 1.5 degrees Celsius if at all possible.

It found that at 1.5 degrees Celsius hotter, more than 70 per cent of Earth’s coral reefs will likely die off. At two degrees Celsius, that increases to 99 per cent.

But the discovery that certain types of corals can recover from being exposed to long heatwaves offers a “glimmer of hope” for the rich marine ecosystem, the authors said in the study.

The results show local protection strategies can have an impact on saving the corals, providing incentive to continue efforts to protect reefs. “If we are to save these magnificent ecosystems overall, the world must get climate change under control,” said Baum.

“But this new discovery might buy some corals a bit of time under climate change.”