Hooper out for rest of Rugby Championship at least

CNA – Australia captain Michael Hooper (CNA pic, below) will miss the rest of the Rugby Championship at least as he continues to deal with the issues that cut short his involvement in the recent tour of Argentina, Wallabies coach Dave Rennie said yesterday.

The openside flanker pulled out of the team and flew home from Argentina on the eve of the Rugby Championship opener, telling Rennie he was not in the right frame of mind to play his 122nd test.

Rennie said he had been in frequent contact with Hooper but did not want to share too much from their conversations out of respect for the 30-year-old’s privacy.

“We’re not looking to include him in the rest of the Rugby Championship and then we’ll make decisions beyond that,” Rennie told reporters. “We’re certainly not looking to rush him back in, but he’s on the improve.” 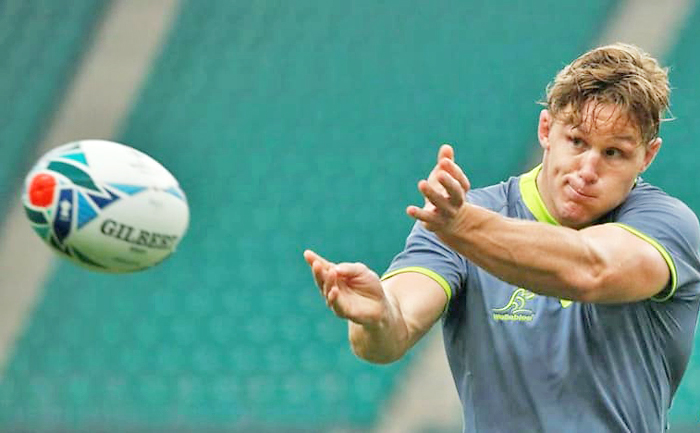 “I caught up with him when I got back, it is obviously a bit weird not hearing his voice in here right now,” he said.

“But he will eventually be back in and the boys are supportive. With respect, that’s probably all I’m going to say on that.”

Rennie once again selected Fraser McReight in the number seven shirt for Saturday’s match after the young Queenslander scored two tries in the 25-17 victory over the Springboks in Adelaide last week.

The 23-year-old said after the game that Hooper had texted him to congratulate him on his performance. “I’m just doing a job for the team at the moment,” he told reporters.

“If he comes back and starts at seven, he’s a legend in the game and that’s what’s going to happen.”