Honouring those who give

Haji Abdullah bin Haji Munchit, 68, first donated blood when he was a college student in 1971.

Since then, he has donated blood 193 times, one of the highest recorded donors in the country, according to records from the Raja Isteri Pengiran Anak Saleha (RIPAS) Hospital Blood Donation Centre.

“Give blood to save lives,” said Haji Abdullah, a pensioner living in Kampong Limbongan. He called upon the younger generation, particularly students in colleges and higher learning institutions, to help the RIPAS Blood Bank replenish its ever dwindling supply, as he did 30 years ago and continues to do so today.

Most times, he would go to the RIPAS Blood Donation Centre to donate his pint of blood, including during the COVID-19 pandemic as well as at Suri Seri Begawan Hospital Kuala Belait and blood donation drives organised by private companies.

He said throughout his history of donating blood, he has never experienced any symptoms that make him feel unwell. 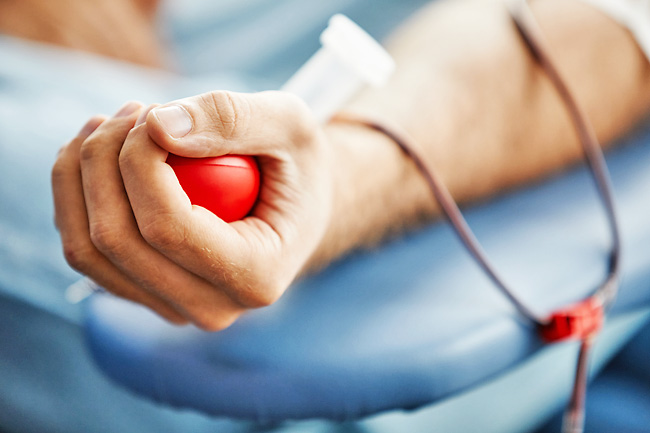 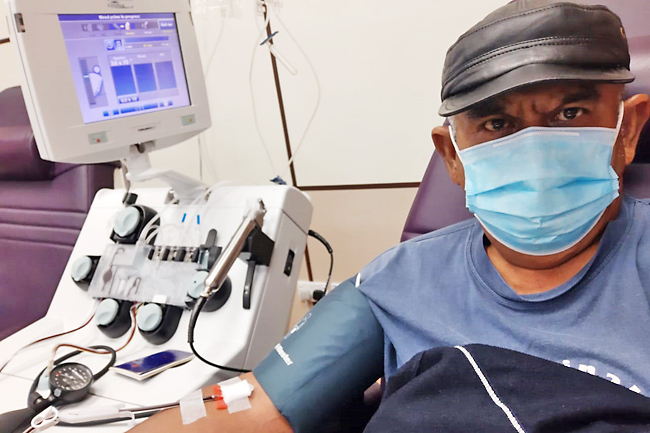 HONOURING THOSE WHO GIVE
On World Blood Donor Day 2022, the Mabohai Shopping Complex honoured the top five blood donors in the country in a small ceremony during a blood donation campaign it hosted.

Haji Abdullah and the four other invited donors shared their journey and experiences with the Bulletin.

Donating blood can help save the lives of those who need it, and is also linked to health benefits such as a reduced risk of cardiovascular diseases for the donor.

Haji Rosli bin Haji Abdul Ghani is one who can attest to its health benefits, claiming he feels “fresh” and much healthier after donating.

He was scared at first to donate, but was determined to do so after he understood it could save lives.

The retired civil servant has since become a regular blood donor, having donated 153 times.

He was also a regular platelet donor during the COVID-19 pandemic and has vowed to continue to do so for as long as he is healthy.

Meanwhile, retired firefighter Haji Moksin bin Haji Karim made his first donation while he was still a primary school student in 1975.

Donating blood has become a hobby to him, and he feels it helps him to stay healthy while saving lives at the same time.

He recalled that the registration of donors at the time was only recorded in a file at a health centre and a small yellow booklet was given to the donors.

Like his fellow donors, Haji Moksin made sure to donate blood during the pandemic, either on his own or when he got a call from the Blood Donation Centre looking for platelet blood donors.

The former assistant station officer, who retired three years ago at the age of 55, has donated blood 157 times. “I hope more of our local community will come forward and become regular donors like us”, and to do so with sincerity and the intent to save lives, he said.

Meanwhile Major (Rtd) Haji Idris bin Orang Kaya Maha Bijaya Haji Othman, has donated blood 152 times. “I am very happy to contribute my blood for the benefit those in need. I started at the age of 19 when I was challenged by my friend to do so. Since then, I have continuously donated for 42 years,” he said.

Major (Rtd) Haji Idris said he thinks of it as one way of contributing his service to the country and society. He usually donates at RIPAS Hospital and donation drives.

The 61-year-old pensioner from Tutong District is active in the Brunei Darussalam Scouts Association, Army Veteran Association and Brunei Malay Teachers Association. He served as a deputy commandant of the National Service Programme (PKBN) as well as a volunteer during COVID-19 waves.

He highlighted the importance for the public to be actively informed and encouraged about the benefits of blood donation. “It is one way of maintaining and checking our health regularly,” he said. “Alhamdulillah, my two sons are following my footsteps as blood donors.”

Tung Yiu Hung, 56, first donated blood when a friend invited him to do so at the former Dialysis Centre in Beribi in 1994.

He has since donated blood 150 times. He usually goes every three months to donate, but as the supply became strained during the COVID-19 pandemic, he started going every two months, still in line with health guidelines and the waiting period in between donations.

Tung, a green-card holder, first came to Brunei from Hong Kong in 1966 when he was only four months-old. He has been living in the country for over 50 years, and hopes to gain permanent residency one day.

However, he still feels privileged as being a frequent blood donor has given him and his family a discounted price for their medical treatment at government hospitals.

“When I had donated more than 30 times, I was given 50 per cent off my medical matters with government hospitals and after over 50 times of donating blood, the benefit was also extended to my wife, and my children who are below 18-years-old,” he said.

Tung is also proud of his son who is following his footsteps as an active blood donor, and has donated more than 20 times to date. He hopes the example he and his fellow donors have set will encourage and motivate more donors from all walks of life to come forward.

He said there are times when the RIPAS Blood Bank would reach out to him and other donors. If he is able, he will go himself, or call his friends and associates to help out with donations.

He expressed gratitude that he is blessed with good health, enabling him to continuously donate blood and blood platelets.