ARSAL, LEBANON (AP) – Hundreds of Syrian refugees boarded a convoy of trucks laden with mattresses, blankets, water and fuel tanks – and, in one case, a goat – in the remote Lebanese mountain town of Arsal on Wednesday, heading home to Syria.

Their journey is the latest attempt by Beirut to organise a mass refugee return from tiny, crisis-ridden Lebanon.

Many boarding the convoy in Arsal said Lebanon’s unprecedented economic meltdown had pushed them to make the journey. With spiralling inflation and the cost of necessities like food and heating fuel soaring, nine out of 10 Syrian refugees in Lebanon now live in extreme poverty.

Some are now returning to a country devastated by a civil war that started in 2011, hundreds of thousands killed and displacing half the country’s pre-war population of 23 million. However, the returnees represent just a tiny fraction of the massive population of refugees who remain in Lebanon as the United Nations (UN) maintains that Syria is not safe for mass returns.

Lebanese officials said more than 2,400 refugees had registered for Wednesday’s return but only 1,700 were given the green light by Syrian authorities to come back. Many others who were approved ultimately decided not to go. 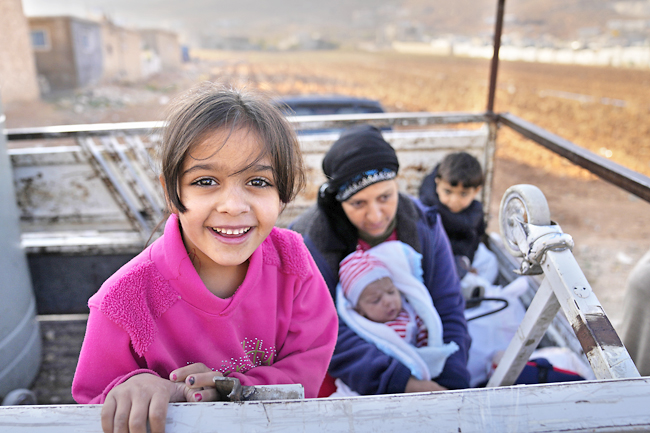 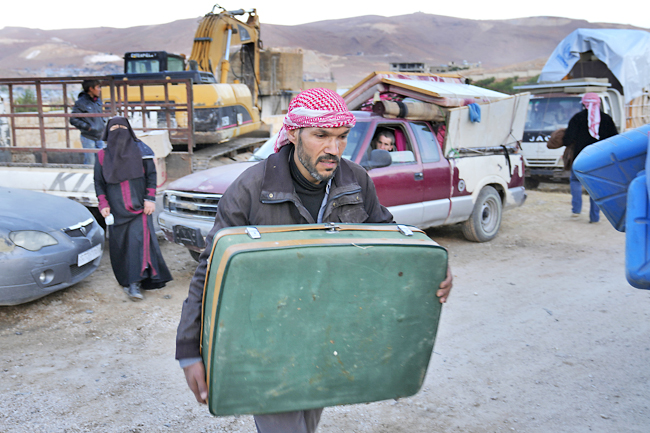 The final list had 750 names, officials said on Tuesday. On the other side of the border, Syrian state media said ambulances were waiting with medicine and food packages.

One of those heading back was Khalil al-Qadi, 41, with his family of six, heading to their hometown of Jarjir in the Damascus countryside.

“We can’t enrol our kids in school here,” al-Qadi said about Lebanon. “The economic situation doesn’t allow us to provide for them.”

Lebanon has given shelter to more than one million Syrian refugees but many claim the number is far higher. The UN Refugee Agency (UNHCR) has registered about 825,000 Syrians but stopped registering in 2015, at the request of Lebanese authorities.

Lebanese officials often cite an estimate of 1.5 million while Abbas Ibrahim, head of General Security, told reporters on Tuesday there are more than two million Syrians in Lebanon. “The return of Syrians to their land is a national obligation for us,” Ibrahim said at a press conference, adding that Lebanon will not “submit to pressure” by international organisations to continue hosting Syrians displaced by war.

Since Lebanon’s meltdown began a few years ago, Lebanese politicians have frequently blamed refugees for the economic woes. Earlier this year, officials touted a plan to return 15,000 refugees a month, which has so far failed to materialise.

In 2018, Lebanon began organising “voluntary return” trips. Syrians would register to go back, then the list would be run by Syrian security officials to see if anyone on it was wanted for arrest or deemed a security threat to Damascus. Those names would be rejected and the original list whittled down to the final names. The trips back were halted in 2020 amid the coronavirus pandemic.

At that point, some 21,000 refugees had returned to Syria this way, according to Lebanese officials.

UNHCR said at least 76,500 Syrian refugees returned voluntarily from Lebanon since 2016, some on government-organised trips and some on their own.

Both international organisations and the refugees have remained circumspect about the conditions for return. Reports by human rights organisations have cited cases of returning refugees being disappeared, detained and tortured – allegations Ibrahim insists are unfounded.

Syrian officials have also accused the West of fearmongering. At a meeting of Russian and Syrian officials last week to discuss the refugee issue, Syrian Minister Ayman Sousan lashed out, saying the West is obstructing refugee returns and using “the suffering of the displaced” for political purposes

UNHCR said it was “not facilitating or promoting the large-scale voluntary repatriation of refugees to Syria” and that its role in the returns is limited to “reaching out and counselling refugees, when possible, and being present at the departure points” before they leave. Not every Syrian in Arsal was heading back on Wednesday.

“As long as the Syrian regime… continues its policy of oppression, I don’t see any improvement in the security situation,” said 63-year-old Syrian refugee, Saeed Saleh adding that poor living conditions in Lebanon’s refugee camps and donor fatigue among aid groups prompted many to head back. There have been cases of refugee deportations to Syria – a 2019 regulation allowing all unauthorised refugees who entered Lebanon after April of that year to be deported.

Head of the Lebanese Centre for Human Rights, Fadel Fakih told The Associated Press (AP) that while forcible returns largely halted during pandemic border closures, the pace had picked up in recent months to alarming levels – including those who would likely be subject to arrest, torture and potentially execution upon their return.