ANN/VIET NAM NEWS – The Politburo yesterday issued a resolution that set the goal to make Ho Chi Minh (HCM) City a modern city that leads the country in the digital economy and be an economic hub of Southeast Asia (SEA) by 2030.

At the meeting chaired by Party General-Secretary Nguyen Phu Trong, the Politburo reviewed the implementation of development goals in the 2010-2020 period and set new goals for 2030 with a vision to 2045.

From 2010 to 2020, HCM City’s economy expanded 2.7 times and its GRDP doubled. The city continued to reform its growth model, with the development based on science and technology applications. Its economic structure shift was also on the right track as it focussed on high-tech industry, services and agriculture. The annual state budget collection was also higher than planned. The city also witnessed positive achievements in other fields including science, technology, education and training, health, culture and sports while ensuring social welfare and improving people’s quality of life.

Despite positive results, the Politburo also pointed out limitations including low competitiveness, slowed economic growth compared to the previous period, the investment environment remains slow to improve and the per capita income goal being unmet.

Under the newly approved resolution, HCM City is set to become a modern city by 2030, leading the country in digitalisation and an economic, financial, trade, science and technology and cultural hub of SEA in 2030. It will become an economic, financial and service hub of Asia, a global destination and among major cities in the world. The city is set to achieve rapid and sustainable economic development, improving productivity and international competitiveness while strengthening linkages for regional development. 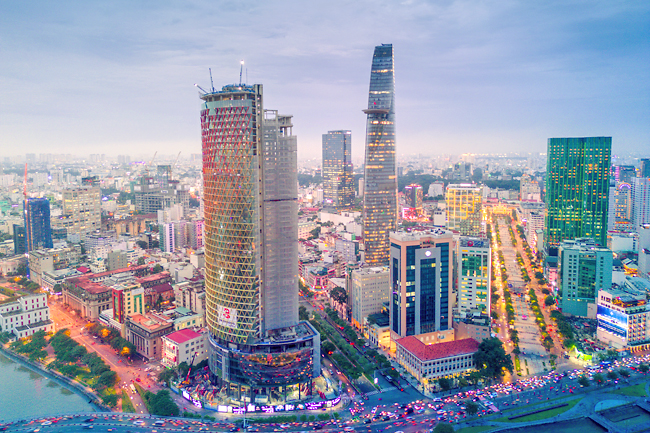 HCM City is also tasked to accelerate the construction of infrastructure, and improve the quality of planning while ensuring sustainable development and adaptation to climate change.

The city must also effectively mobilise and use all resources, tap the potentials and advantages for the city to develop quickly and sustainably while paying attention to culture, society, education and training, people’s health and quality of life.

No upgrades for suburban districts

HCM City’s People’s Committee has requested its suburban districts not to file for a request for upgrading into urban districts after it reviewed the implementation of a project about the upgrade in the 2021-2030 period.

This is a task mentioned in the resolution of the 11th Party Congress of HCM City for the term 2020-2025. In the last two years, five districts namely Cu Chi, Binh Chanh, Can Gio, Nha Be and Hoc Mon proposed to become cities before 2030.

The city, however, is concerned that these proposals will lead to hiking land prices, creating hurdles in collecting land to develop infrastructure in the future.

These districts should work on the planning and will be considered if they meet the standards.

HCM City covers an area of more than 2,060 square metres with a population of 8.9 million people as of October this year.