ANN/THE STAR – Hong Kong and Singapore have long squared off to be the preeminent finance hub for Asia. That battleground is now shifting to the environmental, social and governance (ESG) space, with potentially trillions of dollars at stake.

From green bonds to carbon trading and asset management, both cities are angling to be the regional base for sustainable finance as governments and companies ramp up investments to fight climate change.

Combined ESG assets could soar to USD53 trillion (MYR233 trillion) by 2025, with Asia sparking the next leg of growth, according to Bloomberg Intelligence.

The race to attract all that fresh money and trading business in Asia will take years to play out, but so far Singapore has an early edge over Hong Kong.

“Singapore knows that it might not be as established as Hong Kong as a financial hub, but in this area, if it manages to win, it will really be a game changer,” said senior manager at Blunomy in Hong Kong Cherie Tam.

As more firms look to expand ESG financing in Asia, here’s how the competition for environmental, social and governance business is shaping up. There were 272 sustainability, green, social or transition bonds listed in Singapore as of September 28, more than double the 103 listed in Hong Kong. 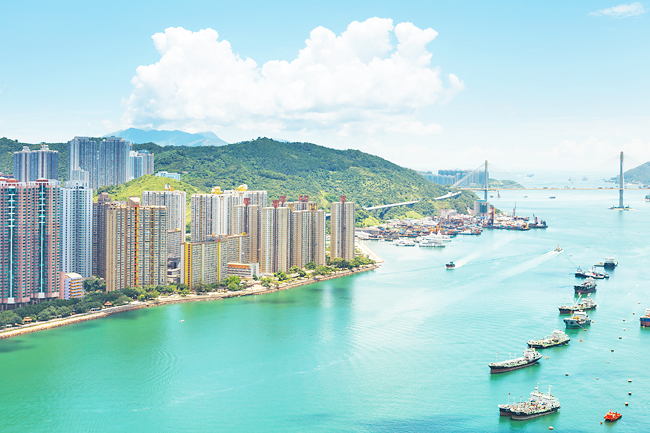 As an issuer though, Hong Kong is well ahead, selling USD7.2 billion (MYR31.67 billion) in sovereign green bonds across different currencies since 2019 to establish a benchmark for corporate borrowers.

Singapore only entered the green bond market in August with its debut sale of USD1.7 billion (MYR7.5 billion) in 50-year notes.

Hong Kong’s early adoption of a taxonomy that finds common ground between Europe and China will help the market grow, according to founder of BlueOnion Ltd Elsa Pau.

“Investors’ demand is still growing for a sustainable ecosystem and a decent yield,” she said.

Hong Kong is also poised to benefit from its proximity to China, the fastest-growing market for green bonds.

Most of that issuance has been in the domestic market but as China looks to sell more abroad, the hub is “a natural listing place for them”, said a green bonds and ESG analyst at BNP Paribas Asset Management Xuan Sheng Ou Yong.

Trading of carbon credits has the potential to reach USD50 billion (MYR220 billion) by 2030 as polluting companies seek to balance their emissions with offsets generated by tracts of forests in Indonesia, carbon capture technology and other carbon dioxide-mitigating strategies, according to McKinsey & Co.

Singapore has two fledgling bourses: AirCarbon and Climate Impact X, which has the backing of state investor Temasek Holdings Pte and the Singapore Stock Exchange.

Hong Kong just launched a voluntary trading platform on the stock exchange in October. The city may be slower off the mark, but could leverage China’s carbon market.