His Majesty Sultan Haji Hassanal Bolkiah Mu’izzaddin Waddaulah ibni Al-Marhum Sultan Haji Omar ‘Ali Saifuddien Sa’adul Khairi Waddien, Sultan and Yang Di-Pertuan of Brunei Darussalam zeroed in on flaws in the education system in a titah delivered during an unscheduled visit to the Ministry of Education (MoE) at the Old Airport Berakas yesterday.

The monarch enquired whether efforts are in place to analyse and improve the National Education System (SPN), before turning focus to the issue of cronyism in selecting officials for senior positions at the MoE.

On the subject of the SPN, the monarch said there could be flaws, whereby a student needs only to achieve a certain school attendance percentage to move to the next level, albeit performing poorly academically.

“During the higher education expo in February 2020, it was found that there are students with poor comprehension or did not understand the subjects undertaken,” His Majesty said.

The monarch also asked as to what extent the SPN system is able to promote Malay Islamic Monarchy (MIB) ethics and civics among primary and secondary school students.

“Is the current MIB subject adequate in inculcating civic mindedness?” the monarch asked.

His Majesty said the MoE, one of the biggest ministries in the government, carries the mission of delivering quality education to realise Brunei Vision 2035. 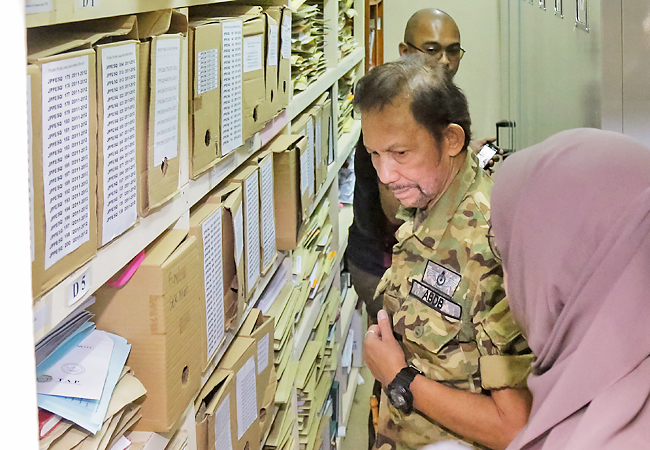 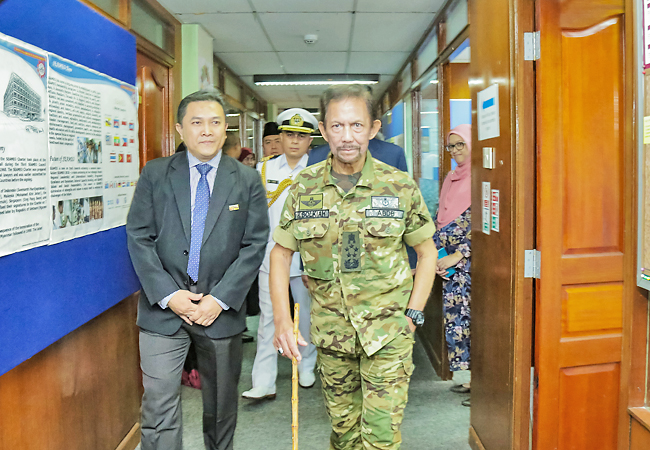 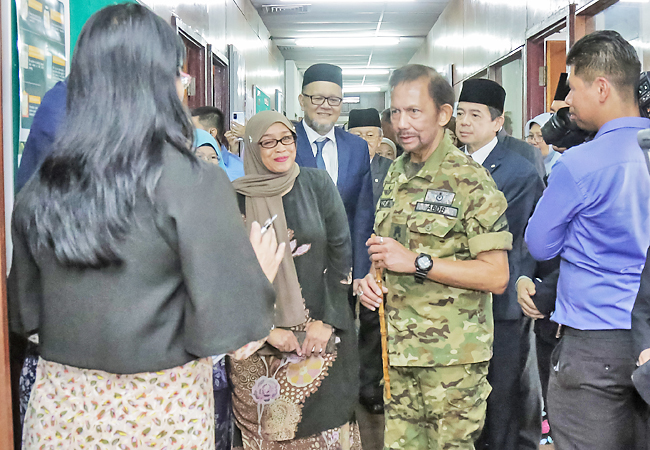 The MoE has been allocated over BND753 million for the 2020-2021 financial year, and has outlined three objectives – to change human resource management towards a performance-driven culture; to give equal opportunity for quality educa-tion; and to enhance accountability with other stakeholders in teaching and learning.

“Eighteen departments and units come under core education, while 11 units come under higher education. The success in administering quality education requires dedicated officers who are forward-thinking and logical thinkers,” the monarch said, while emphasising that “education is not stagnant; but dynamic”.

His Majesty added, “If leadership is stagnant and administration laxed, then the education system will weaken.”

On visiting schools nationwide to hold dialogues with the administrators, the monarch said, “It is a good thing. But at times, (these visits) are disliked by officers and staff as the senior MoE officials may openly criticise them.

“Some school administrators are able to take criticism constructively, and try to improve the situation. I was made aware that many school visits have been made void of media coverage, which is good, because some would request media coverage to show off, albeit such news being of little importance.

“I appreciate transparency and a caring attitude. Issues raised should be looked into with facts to support any decision made. Hence, one should not feel uncomfortable when the superior takes charge. However, one must also not tolerate a superior who is only capable of pressuring subordinates to meet his demands or practise cronyism.

“With such bad ethics, anything can happen. For instance, if a head (of department) delegates a subordinate to attend a meeting or go on a work visit and the officer fails to brief the head on the outcome of the meeting or visit, then there is a disciplinary issue for violating teamwork or ignoring the superior’s directive.

“If such an attitude becomes the culture of a department, the issue should be analysed and tackled,” the monarch said.

“General issues, such as the extent of which the MoE has achieved its plan in realising Vision 2035, should also be investigated,” His Majesty added.

On the Education Loan Assistance Scheme (SBPP), there were reports in July 2018 on changes to the SBPP repayment period. Prior to this, repayment was only made after a recipient commenced work. But, the MoE introduced a new directive urging recipients to repay the loan after receiving their graduation scrolls, on top of imposing a three-per-cent interest rate.

“I want this issue investigated thoroughly,” the monarch said.

His Majesty also highlighted the presence of cronyism in filling senior positions in the ministry, adding, “If this truly exists, it should be probed.”

The International School Leaders (ISL) project was also touched on by the monarch in light of the failure of schools, despite their leaders claiming to have the expertise to propel the institutions forward.

“I believe any project – be it old or new – needs to be heavily scrutinised to ensure it is in line with MIB ethics and values,” the ruler added.

“School issues are indeed challenging. Hence, it should be given special attention. The Special Education Unit (SEU) is incapable of accommodating the annually increasing number of students to the extent that some students are put into normal classroom of schools in the Tutong District. This is because the Special Education Centre is already at full capacity, and the primary school classroom has no special education teachers, thus making it difficult for regular teachers to accommodate students with different abilities. The number of teachers under SEU is also lower, thus unable to meet the demand. If it is true, it requires swift attention,” the monarch said.

“Education programmes, such as the Media In-Service Centre (MiSC), needs to be monitored,” His Majesty said, adding that “its office is left vacant, which suggests there are flaws in implementing the programmes”.

His Majesty also addressed the Whole School ICT Development (WSID) programme in the face of the COVID-19 pandemic, saying that “there are obstacles in relaying teaching and learning, and this too requires attention.”

The monarch touched on the cessation of the Model School programme, despite it being one of the SPN 21st Century projects.

Projects and programmes to enhance administration introduced by the MoE, including the Integrated National Education Information System (iNEIS); Literacy and Numeracy Coaching Programme (LNCP) and School-based Assessment (SBA) also came under scrutiny, with the monarch querying whether they impact positively or merely add on to a teacher’s burden – a matter that needs reviewing.

His Majesty also questioned if it is time for Universiti Brunei Darussalam (UBD) to manage its own affairs and administer its education affairs without depending on overseas parties, in view of it being almost the same age as the country’s independence.