His Majesty Sultan Haji Hassanal Bolkiah Mu’izzaddin Waddaulah ibni Al-Marhum Sultan Haji Omar ‘Ali Saifuddien Sa’adul Khairi Waddien, Sultan and Yang Di-Pertuan of Brunei Darussalam stressed on the importance of ensuring continuity of fair and equitable distribution of vaccines in the COVID-19 recovery efforts and expressed appreciation to members of the Commonwealth who provided assistance to others.

This was highlighted in a titah delivered during the Retreat Session of the 26th Commonwealth Heads of Government Meeting (CHOGM) held in Kigali, Rwanda yesterday.

His Majesty further highlighted the importance of mental healthcare and well-being of the people as part of the post-COVID-19 recovery phase and ASEAN’s efforts on the matter and congratulated Bangladesh for its initiative on mental health (Roundtable on Mental Health: ‘Rethinking Mental Health: A Commonwealth Call to Support, Care and Transform’).

Earlier, His Majesty extended congratulations to Queen Elizabeth II as Head of the Commonwealth on celebrating her Platinum Jubilee and 70 years of devotion to the Commonwealth.

His Majesty also extended congratulations to Rwanda President Paul Kagame on assuming the Chairmanship of CHOGM and to Rwanda on hosting the meeting. In concluding the titah, His Majesty also commended the United Kingdom’s hosting of the Commonwealth Games from July 28 to August 8.

His Majesty, accompanied by His Royal Highness Prince ‘Abdul Mateen left Kigali after attending the CHOGM. 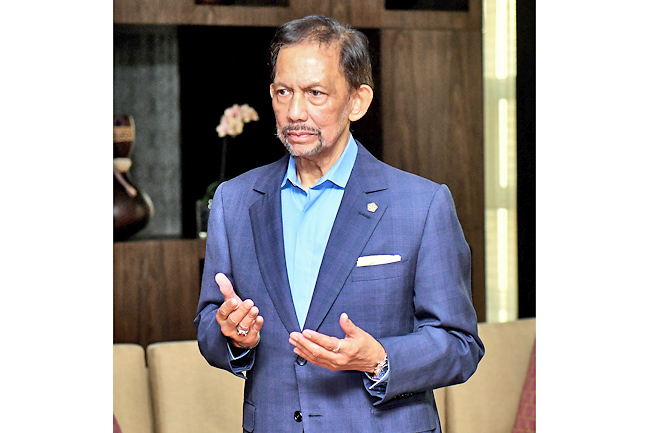