His Majesty to attend ASEAN-EU summit in Brussels

ASEAN leaders will meet European Union (EU) leaders for the first time where they are expected to discuss broadening trade and infrastructure between the two regions, as well as how to further enhance the ASEAN-EU Strategic Partnership established in December 2020.

This year marks the 45th anniversary of relations between ASEAN and the EU since it was established in 1977, in which the partnership focusses on areas such as security, defence, economy, science and technology as well as sustainable development.

Prior to that, His Majesty the Sultan and Yang Di-Pertuan of Brunei Darussalam is also expected to attend a royal audience with His Majesty King Charles III, King of the United Kingdom (UK) of Great Britain and Northern Ireland at Windsor Castle, UK.

The royal audience symbolises the warm friendship and the strong, special relations between Brunei Darussalam and the UK established centuries ago, along with the opportunity for the further strengthening of the bond and friendship between the royal families of both countries. 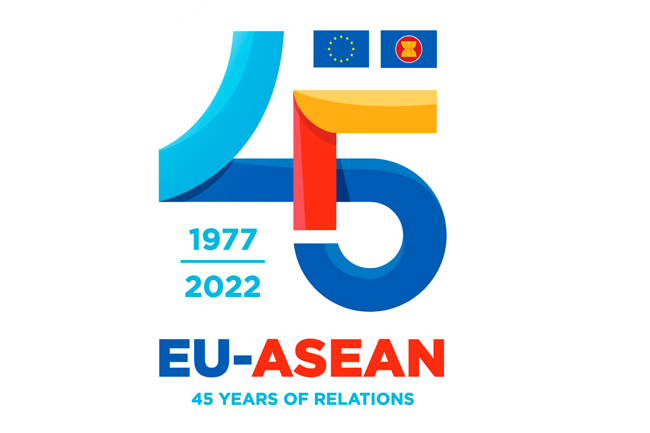 The close relations between both countries can also be seen through a series of past visits by His Majesty the Sultan and Yang Di-Pertuan of Brunei Darussalam to attend a reception hosted by His Majesty King Charles III at the Buckingham Palace, London last September.

Meanwhile, His Majesty the King first visited Bandar Seri Begawan in 1984, as a representative of Her Majesty Queen Elizabeth II on the occasion of Brunei Darussalam’s independence, whereas His Majesty’s last visit to the country was on November 2, 2017.

The ceremony will create an opportune moment for citizens and residents in the UK and Northern Ireland to meet and greet His Majesty and Her Majesty.