His Royal Highness Prince Haji Al-Muhtadee Billah, the Crown Prince and Senior Minister at the Prime Minister’s Office was also in attendance.

Some 453 intending Haj pilgrims will depart for Madinah and Makkah this year with the first flight scheduled for tomorrow at 11am and second flight on Thursday departing at 10am.

A pilgrim, Nor, was fortunate to be shortlisted to perform Haj this year.

He said he is grateful to His Majesty for the provision of Haj passage for public servants and their spouse. 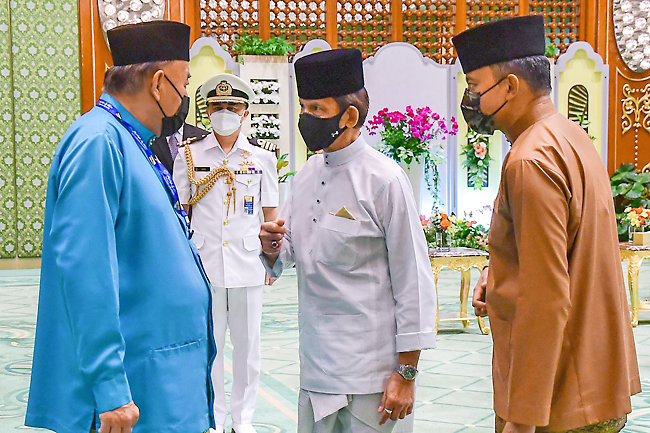 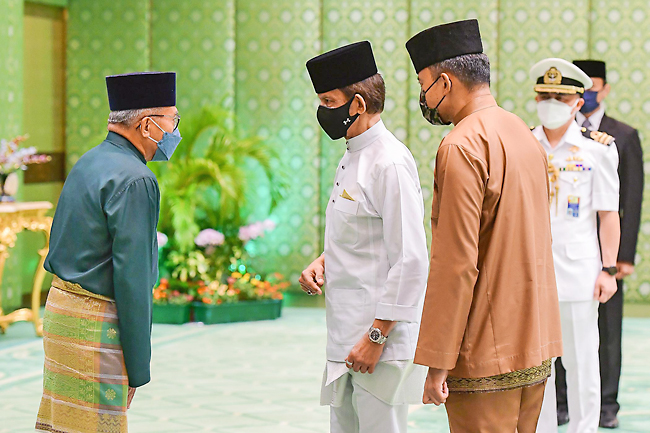 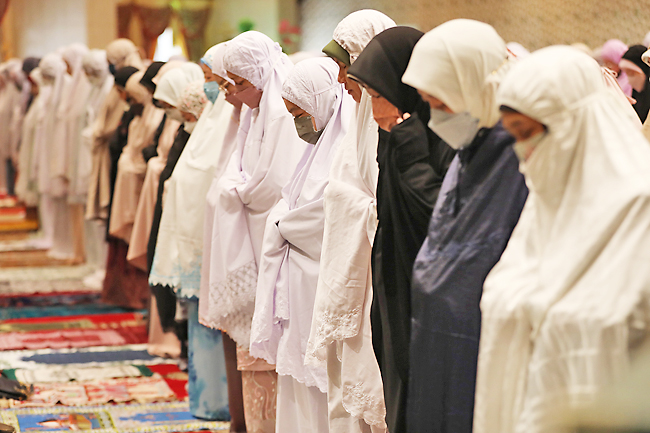 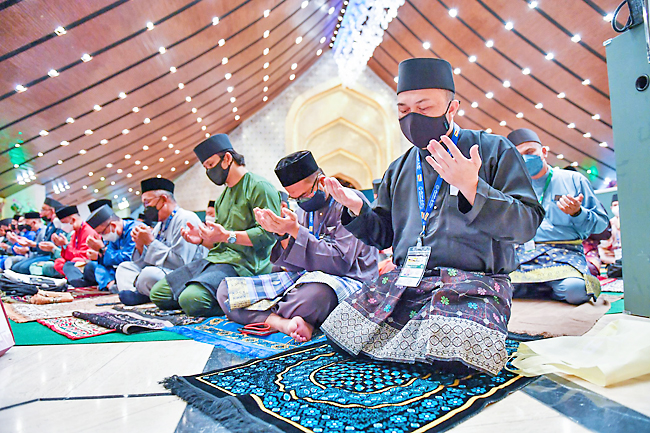 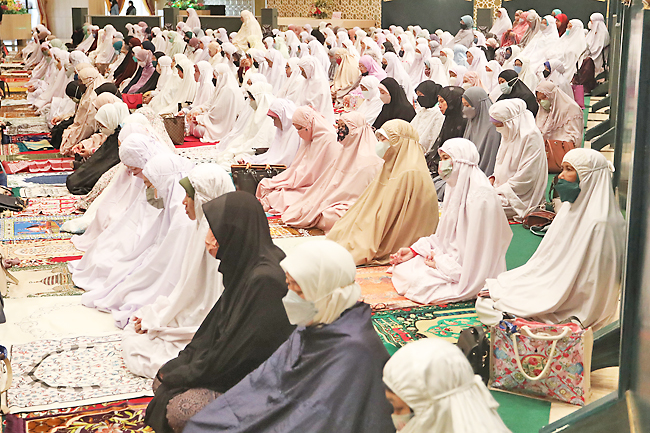 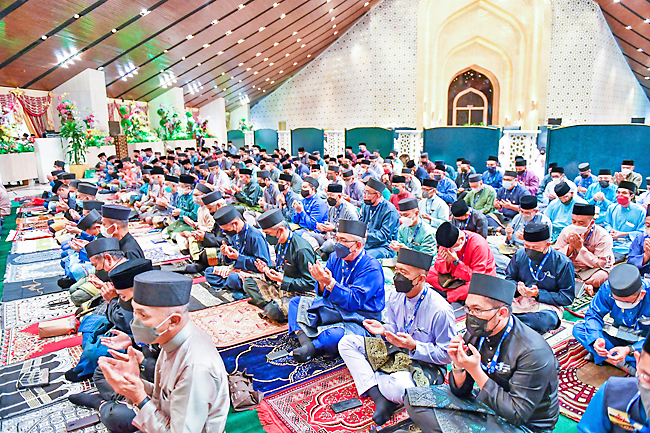 For him, the final process is a PCR test for COVID-19 and the collection of his passport and vaccination book.

Another pilgrim said carrying out the Haj will earn rewards and blessings, so the obligatory rituals should be carried out in the proper manner. “We are also taught to increase commendable practices such as performing Sunnat prayers, reading Al-Quran, increasing Tawaf Sunnat, supplications, recitation of Zikir, Selawat, I’tikaf and giving of alms,” she said.

Yesterday, prior to the Junjung Ziarah, the pilgrims were screened for COVID-19 with antigen rapid test (ART) kits.

The pilgrims performed Zohor prayers, followed by Sunnat Hajat prayers for safe passage, before greeting His Majesty and His Royal Highness.

Male pilgrims were given a bag containing white Ihram clothes which will be worn during the Islamic pilgrimage while female pilgrims received Telekong (prayer veils).

The pilgrims underwent theory and practical courses in May to learn Haj rituals, such as Tawaf (circling seven times around the Kaabah), the Sa’ie from Safa to Marwah and throwing of stones at Jamarat.