During the audience ceremony, His Majesty and Saleumxay Kommasith discussed bilateral cooperation between the two countries, including in the fields of education, defence, youth and sports as well as food security.

Accompanying him were Ambassador of the Laos to Brunei Darussalam Sengdavanh Vongsay and Director General of the Asia-Pacific and Africa Department, Ministry of Foreign Affairs Viroth Sundara.

During the ceremony, His Majesty and Mark Garnier discussed bilateral and strategic relations between Brunei and the UK, as well as ASEAN-UK relations. Accompanying him was British High Commissioner to Brunei Darussalam John Virgoe.

The UK became ASEAN’s first new Dialogue Partner in 25 years on August 5, 2021 during Brunei’s ASEAN Chairmanship. The Sultanate is also the Country Coordinator for ASEAN-UK Dialogue Relations from 2021 to 2024. 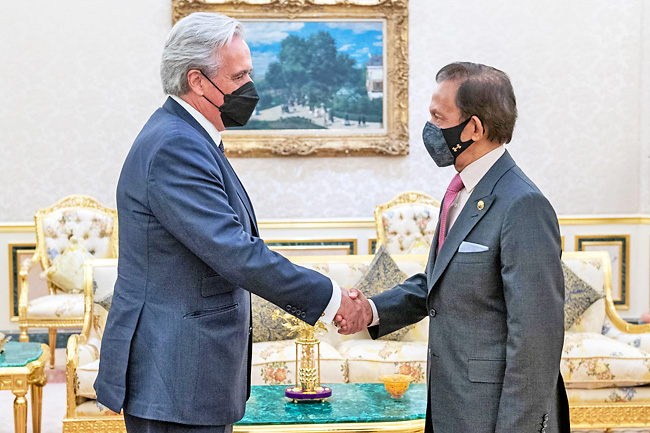 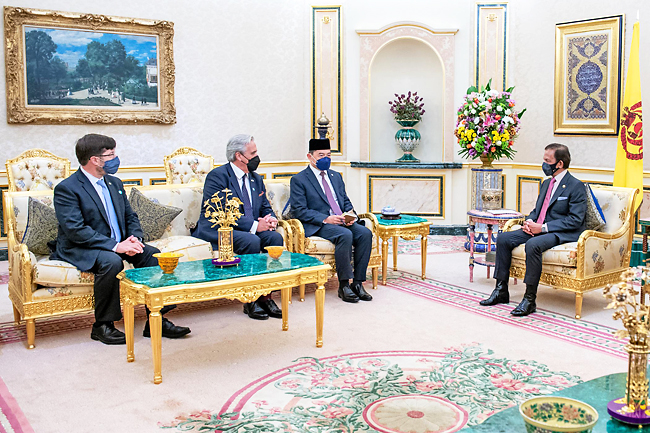