His Majesty leaves for Thailand

Accompanying His Majesty is His Royal Highness Prince ‘Abdul Mateen.

Upon arrival at the Don Mueang Air Terminal, His Majesty was welcomed by Deputy Prime Minister of Thailand Prawit Wongsuwan.

The annual AELM, which is conducted physically this year, aims to improve the strategic vision and direction for cooperation in the Asia-Pacific region. 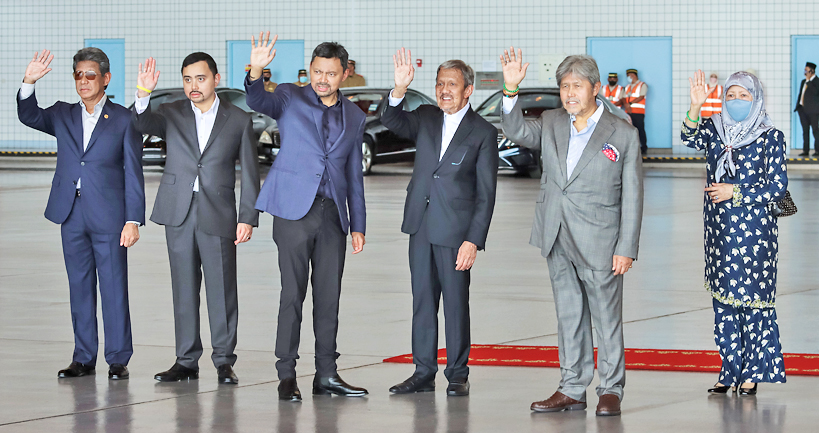