Upon arrival at the school, His Majesty and members of the royal family were greeted by Pehin Kapitan Lela Diraja Dato Paduka Goh King Chin and Chairman of the CHMS BSB Board of Directors Ong Tiong Oh.

Also in attendance were Cabinet Ministers and members of the Diplomatic Corps.

His Majesty presented long service awards to the CHMS BSB Board of Directors. The event also saw students and school alumni showcase a depiction of the school’s establishment and its journey to the present day. The performance focussed on three characters from a family in Kampong Ayer, representing three different generations across the period of 1922 to 2022, and touched on the school’s development.

His Majesty and members of the royal family also visited exhibitions in classrooms and toured the school’s resource room. His Majesty signed on the plaque to commemorate the 100th year anniversary and received a pesambah. 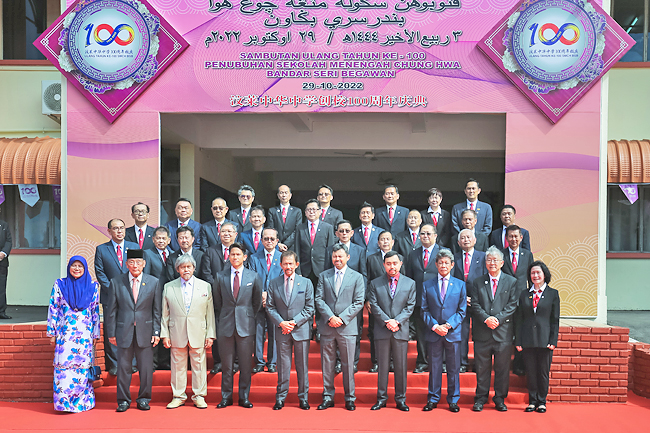 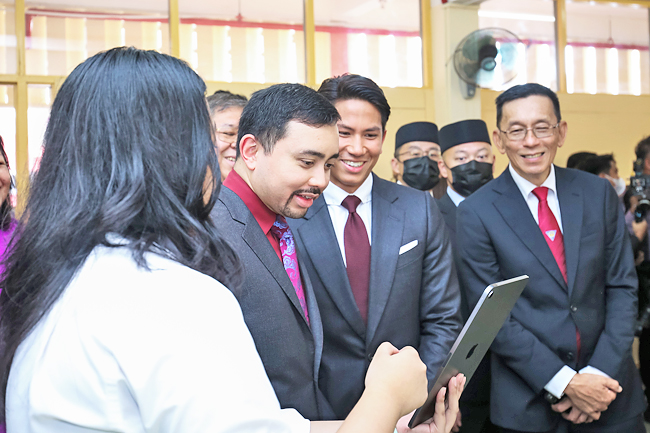 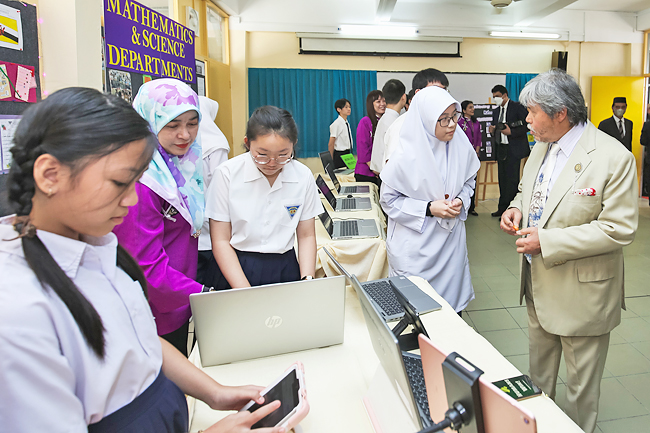 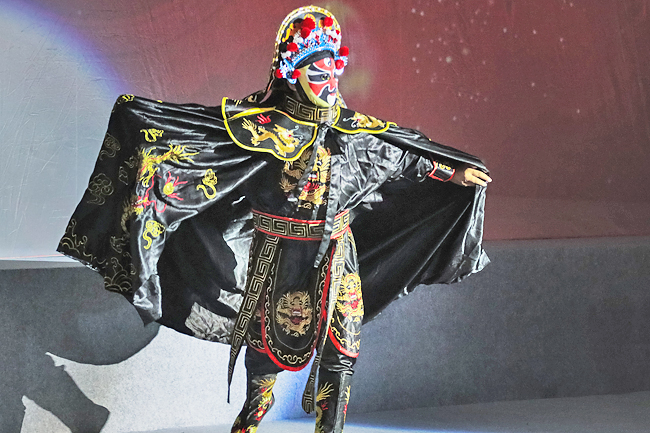 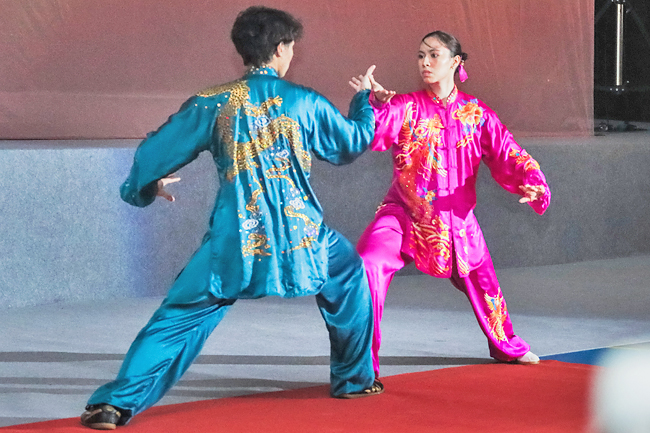