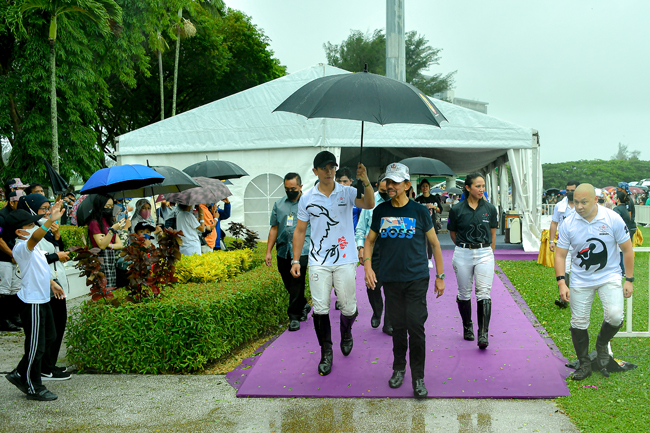 Team Heroes, led by His Royal Highness Prince ‘Abdul Mateen, emerged champions of the polo match, and received the championship trophy from His Majesty. Other members of the team were Basyiir Hardy, Azeez Jaafar, Huzaimi Husin and Abdul Syafiq Abdullah.