With the appointment, His Majesty looked forward to the further enhancement of existing bilateral cooperation between Brunei and Malaysia.

His Majesty expressed hope for Dato’ Seri Anwar’s leadership to steer Malaysia towards achieving welfare for all, including those in the ASEAN region and globally.

His Majesty, left for Putrajaya, Malaysia yesterday to hold a courtesy visit to Dato’ Seri Anwar at the Seri Perdana Complex.

The arrival of His Majesty at Subang Air Base was welcomed by the Malaysian prime minister. 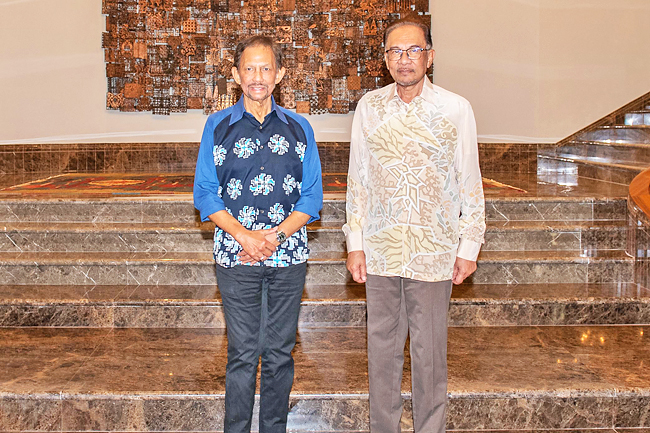 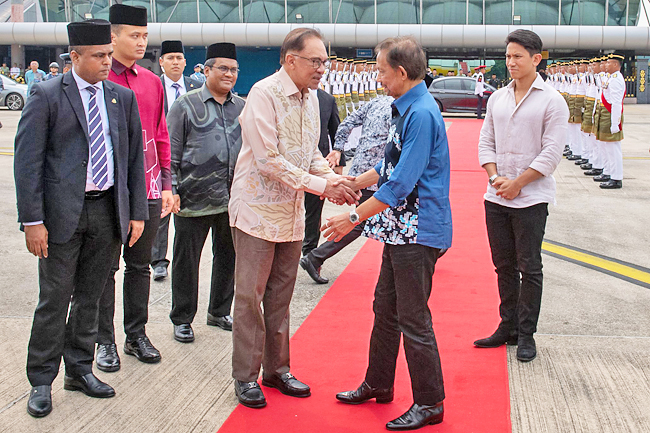 His Majesty, together with Dato’ Seri Anwar then walked past the static guard of honour mounted by members of the Malaysian Armed Forces.

His Majesty then proceeded to the official residence of the prime minister for the courtesy visit.

Prior to the event, a Doa on the occasion of the special visit was recited by State Mufti Pehin Datu Seri Maharaja Dato Paduka Seri Setia (Dr) Ustaz Haji Awang Abdul Aziz bin Juned for the blessing of the well-being of His Majesty and Dato’ Seri Anwar.

The courtesy visit reflected the warm, close and long-standing relations between the Sultanate and Malaysia.

It also provided both leaders with the opportunity to reaffirm and strengthen bilateral cooperation as well as discuss matters of mutual interest and exploration of new areas of cooperation in pursuit of peace, welfare and prosperity for the citizens and residents of the two countries.

Following the courtesy visit, His Majesty attended a luncheon hosted by the Malaysian prime minister. Prior to departure, His Majesty was bade farewell by Dato’ Seri Anwar.

Brunei and Malaysia established diplomatic relations in January 1984, and has since cooperated extensively in areas such as trade and investment, defence, education, tourism, connectivity and health.