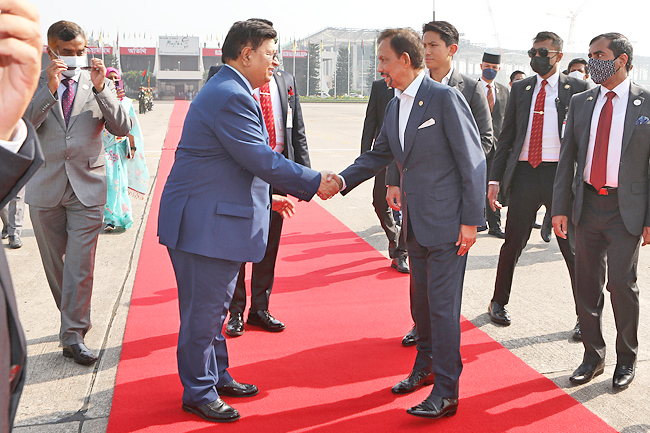 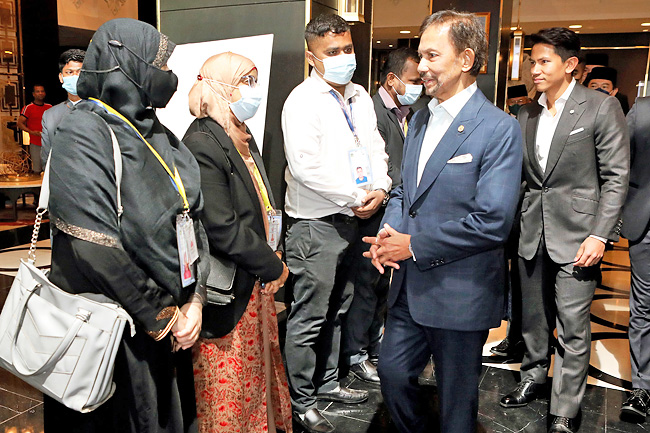 His Majesty’s first state visit to Bangladesh was at the invitations of Bangladesh President Mohammad Abdul Hamid and Prime Minister Sheikh Hasina.

During the state visit, His Majesty met with the president and prime minister as well as the foreign minister in Dhaka and discussed matters to strengthen bilateral relations between Brunei Darussalam and Bangladesh, including cooperation in energy, food industry, agriculture, fisheries and connectivity. Three memoranda of understanding (MoUs) on labour, shipping and energy and one agreement on air services were signed during the state visit. Both countries also discussed new cooperation opportunities that can be explored.

Also during the state visit, Minister at the Prime Minister’s Office and Minister of Finance and Economy II Dato Seri Setia Dr Awang Haji Mohd Amin Liew bin Abdullah as well as Minister of Home Affairs Dato Seri Setia Awang Haji Ahmaddin bin Haji Abdul Rahman attended several side events. These included a business dialogue focussing on exploring ways to strengthen bilateral trade and economic cooperation between Brunei and Bangladesh; the signing of a MoU between Ghanim International Corporation Sdn Bhd and Zes Trading aiming to expand cooperation between the two companies, through the distribution and selling of bruneihalalfoods products in Bangladesh; and the launch of bruneihalalfoods products.

A welcoming ceremony and a state banquet hosted by the president were held on the occasion of His Majesty’s state visit.

A joint statement was issued at the conclusion of the state visit.