His Majesty calls for strong posture in armed forces

His Majesty delivered the titah during the RBAF’s 61st anniversary celebration grand parade at the Muara Naval Base, Royal Brunei Navy (RBN), where His Majesty also commissioned the Squadron 39 Unmanned Aerial System (UAS) of the Royal Brunei Air Force (RBAirF).

Earlier in the titah, the monarch noted that he has been closely following the RBAF’s development since its establishment over six decades ago, including military personnel and asset capabilities, which he said has enabled it to uphold its metier.

His Majesty said that as the RBAF is drafting its strategic plan based on the Defence White Paper 2021, coupled with the Force 2035 and Force Structure Review, currently being reviewed as a guide and direction in line with the TEPIDOIL – Training, Equipment, People, Information, Doctrine, Organisation, Infrastructure and Logistics concept, to ensure identified initiatives are reached, there is a need for immaculate and streamlined planning to overcome flaws or to close any prevailing defective gaps.

His Majesty also reminded that in drafting strategies, the RBAF needs to have a clear defence posture that is in accord with its capability, while empowering the whole of nation approach, in the context of holistic defence.

“The RBAF must continuously collaborate with relevant government agencies in safeguarding the country’s sovereignty, especially our land, sea and air borders,” His Majesty said. 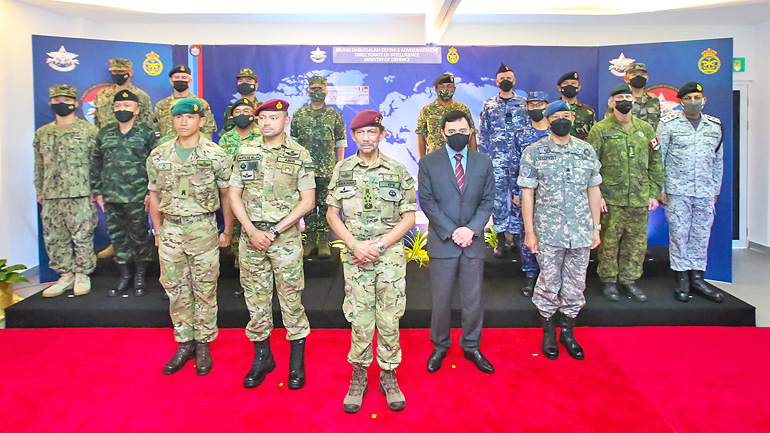 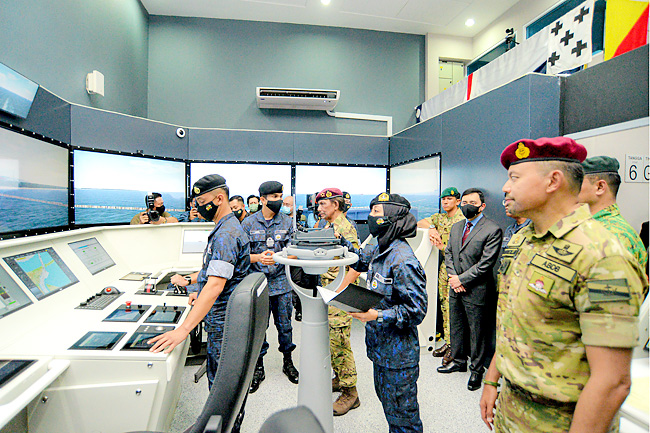 Looking at the RBAF’s readiness in reaching the Force 2035 vision, His Majesty consented to the establishment of the Combat Boat Squadron and Intelligence Troop for the Royal Brunei Land Force (RBLF).

His Majesty also consented for the creation of the post of field commander of the RBLF and for the elevation of the chiefs of staff of RBN and RBAirF to the rank of colonel, on par with the RBLF and the Joint Force Headquarters.

Meanwhile, His Majesty said spiritual strength is as important, as physical strength, while expressing his pleasure on the publication of the RBAF Diamond Jubilee Mushaf Al-Quran.

“I am confident that with the pure intention to glorify Al-Quran, all Muslim RBAF personnel will gain blessings, be apt in reading Al-Quran and making it a daily habit. For Muslims, getting closer to Allah the Almighty through Al-Quran reading is the ultimate miracle.

“In line with the aim to empower security, the reading of Al-Quran should thus be practised to gain blessings in the form of strength and protection, as well as prevent complacency in handling any failings that can lower the RBAF’s credibility.”

His Majesty also highlighted the Sultanate’s commitment to regional and international security.

“The RBAF has been involved in the International Monitoring Mission (IMT) since 2004; United Nations Interim Force in Lebanon (UNIFIL) since 2018; Information Tuition Centre since 2013 and International Decommissioning Body since 2019 in the Philippines, as well as the Counter-Terrorism Information Facility in Singapore since 2020.

These missions have enhanced the professionalism of RBAF personnel and elevated the  country’s name.”

His Majesty believed a safe region means a safe Sultanate, allowing for national development strategies to be implemented more efficiently and effectively.