Upon arrival, His Majesty was greeted by the Thai prime minister and spouse.

His Majesty joined Prayut Chan-O-Cha and other APEC economic leaders for a group photograph session before attending the dinner.

The gala dinner commenced with a welcoming speech from the Thai prime minister to all the leaders and delegates for their attendance at the 2022 AELM.

The gala dinner also featured a number of cultural performances. 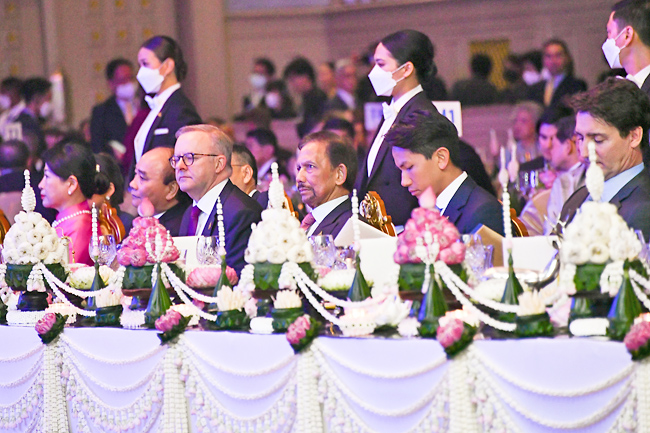