A number of new books are releasing this month, ranging in genre from mystery, crime, horror and historical fiction to non-fiction reads, including one that explores how memories work.

Over 20 years have passed since the robbery of the Lockwood family’s estate, and the case remains a mystery with no trace of its culprit. But when a murder takes place on the Upper West Side, the Lockwood case is brought back into light with a new lead connected to the protagonist.

Windsor Horne Lockwood III, also known as Win, arrives at the crime scene after receiving a call from the police. He finds a painting that once belonged to his family, and from there, Win sets out to find the truth even if it means breaking the law. 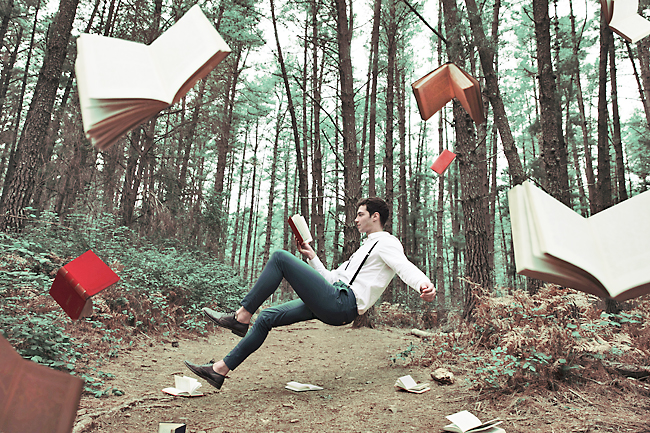 A historical fiction novel with dual timelines and multiple points of view, based on the sinking of the Pulaski steamship of North Carolina in 1838. The present timeline follows a history professor who is curating the shipwreck artepfacts as she uncovers the stories of the passengers who perished and those who survived.

Lost in the Never Woods by Aiden Thomas

Five years ago, Wendy and her two younger brothers mysteriously disappeared from the woods. Wendy was found six months later, but the same can’t be said for his siblings.

Traumatised and with no recollection of what happened, Wendy tries her best to move on but her past comes back to haunt her when children in town begin to go missing, and people are turning to Wendy for answers.

While driving home, Wendy narrowly avoids crashing into a boy who bears a striking resemblance to a supposedly fictional character from her mother’s stories – Peter Pan. And he seems to know something about the missing children.

Bridge of Souls by Victoria Schwab

Cassidy is no stranger to seeing ghosts. After all, she’s had her fair share of paranormal experiences and even has a ghost friend – but having a ghost hunt her down is an entirely different story.

The third book in the Cassidy Blake series follows the continuation of Cassidy’s adventure, this time in New Orleans, one of the most haunted cities in the world.

Every Last Fear by Alex Finlay

The Pine family is well known among the media and the public, and not for a good reason. The eldest son, Danny, is behind bars for murdering his girlfriend and has been the subject of a documentary, along with his family who firmly believes he is innocent. But Danny’s brother, Matt, thinks otherwise.

A few years later, Matt receives an expected visit from an FBI agent – his family has been found dead while vacationing in Mexico. The cause of death is reported to be an accidental gas leak, but the FBI agent isn’t entirely convinced and Matt could be the next victim if they don’t act fast.

A blend of crime fiction and horror, Stephen King’s latest novel tells the story of Jamie Conklin who can see dead people. As a young boy who can learn the secrets of the dead, Jamie finds out that not everyone has his best interests at heart, and there are people who will take advantage of his gift.

Memories are strange things. Some of us can’t remember what we just had for breakfast, yet there are certain events that we remember so clearly although it happened many years ago.

Lisa also explains the differences between what’s normal to forget (where you parked your car) and what’s caused by Alzheimer’s (forgetting that you own a car).

The Poet by Lisa Renee Jones

The whole city is in fear. A series of murders have taken place as of late, and each victim is found with a piece of paper with lines of poetry in their mouth.

Detective Samantha is assigned to the case, replacing the previous investigator who has gone missing. Together with her partner, Ethan, the two dive deep into the case before the body count increases again.