High number of mosquitoes found with mutation that resists insecticides

THE WASHINGTON POST – The insecticides that target disease-spreading mosquitoes are running into nature’s ultimate defence mechanism: evolution. Scientists reported recently that mosquitoes in Cambodia and Vietnam increasingly carry a mutation that makes them resistant to a commonly deployed insecticide.

The report, in the journal Science Advances, tells the story of Aedes aegypti, a vector for dengue, yellow fever, chikungunya, Zika and other diseases. The researchers found that in Cambodia and Vietnam, 78 per cent of sampled mosquitoes had a mutation that, in laboratory studies, shows resistance to permethrin, which is part of a class of insecticides known as pyrethroids.

That mutation has been seen previously, but never at such high frequency in a mosquito population. The new study also found extreme resistance to two different insecticides sprayed in the Cambodian capital, Phnom Penh, where mosquitoes had more than one mutation conferring resistance. One insecticide sprayed there killed only 10 per cent of mosquitoes, while the other didn’t kill any.

Insecticide resistance in mosquitoes is increasingly a public health concern, particularly as populations of Aedes aegypti and other species are growing and expanding their geographical range as a result of climate change, urbanisation and globalisation.

The new study is a sobering reminder that efforts to combat mosquitoes will need to be every bit as adaptable as the insects themselves. 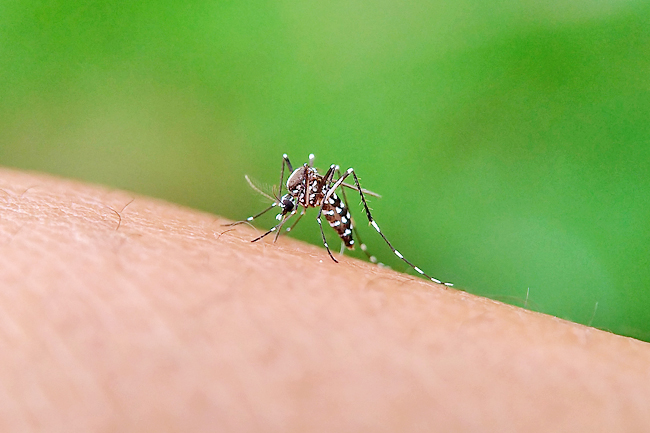 The research also carries an echo of the pandemic, and the evolution of SARS-CoV-2. The coronavirus has repeatedly mutated in ways that enhance its transmissibility and allow it to evade antibodies produced by vaccination or prior infection.

“I believe our work will help us understand that evolution is a powerful force,” lead author of the study and director of the department of medical entomology at Japan’s National Institute of Infectious Diseases Shinji Kasai said in an e-mail.

Although this mutation in mosquitoes is still confined to Southeast Asia, Aedes aegypti is a hardy traveller. It lays eggs that can survive for months in dry conditions and is potentially capable of spreading via global trade routes, Kasai said.

“Aedes mosquitoes can inhabit anywhere. They like artificial water containers including jars, used tyres, plastic cups, basins and pods,” he said. “I think it is impossible to eliminate such water containers.”

The report notes that, although the mutation has never been detected anywhere in Southeast Asia other than Vietnam and Cambodia, it may be spreading to other areas of Asia, where it could become an “unprecedentedly serious threat to the control of dengue fever” and other mosquito-borne diseases.

Dengue infections have increased 30-fold in the past half-century, and modellers estimate there are 390 million annual infections, according to the report from Kasai and 26 co-authors.

Kasai noted that the mosquitoes with this mutation are unlikely to thrive in areas that do not use pyrethroid insecticides. And he offered a big-picture view of the long war between humans and mosquitoes – one that does not presume the bugs will somehow be entirely eradicated.

“All organisms live as cogs on this planet and may be necessary to sustain the planet,” he said in the e-mail. “I think the most desirable world is one in which mosquitoes can be controlled to the extent that people do not have to feel the risk of mosquito-borne diseases.”