The cost of living is getting more expensive with the rising price in everyday essentials, such as food and grocery items.

According to Numbeo, the average cost of living in Brunei Darussalam is lower than that of the United States (US) at 24.1 per cent.

Numbeo is a provider of global databases for consumer prices and quality of life. Hamilton in Bermuda tops the list of expensive living in major cities compared to New York City, according to its release The Cost of Living Index 2023.

Basel and Zurich in Switzerland are placed second and third.

It is important to note that the index has excluded rent. According to Numbeo, their scores are a relative indicator of “consumer goods prices, including groceries, restaurants, transportation and utilities”. 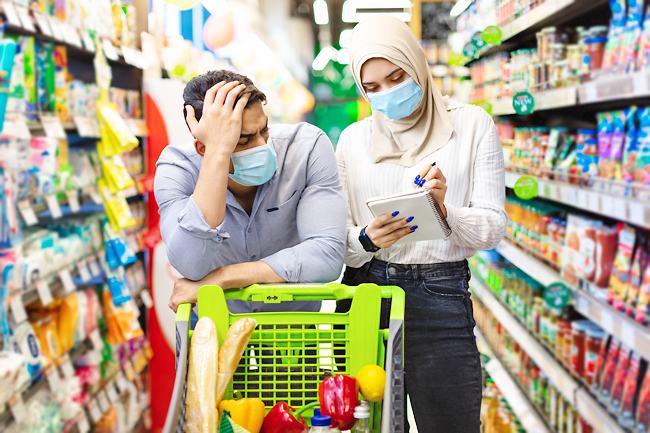 New York City is the standard and gets a score of 100. Therefore, if a city has an index of 70, it means that, on average, the cost of living is 30 per cent less expensive than in New York. These indices are historical and published periodically, showing a snapshot of the current indices at a specific point in time.

Numbeo measures the quality of life based on the results of eight main indicators, half of which require a high result. Indicators requiring a high result include purchasing power, security, healthcare, and climate.

Other indicators with a lower benchmark for results include cost of living, housing costs in relation to income, traffic, commuting time, and pollution.

Numbeo is a collection of web pages containing numerical and other itemisable data about cities and countries, designed to enable anyone to contribute or modify content.

Numbeo uses the wisdom of the crowd to obtain the most reliable information possible, and provides readers with a statistical analysis of the data collected.

In addition, Numbeo shows a variety of systematic research opportunities for its readers with its compilation of worldwide information.

The Brunei Darussalam Central Bank (BDCB) in its second policy statement for 2022 said domestic inflation and global inflation will remain elevated over the near-term.

However, given the Sultanate’s monetary policy with the value of the Brunei dollar at par with the Singapore dollar, several tightening of Monetary Authority of Singapore’s (MAS) monetary policy this year are expected to dampen the effects of imported inflation to the domestic economy.

BDCB’s inflation forecast for Brunei is expected to be in the range of 3.5 to 4.5 per cent.

Meanwhile, Economist Intelligence Unit (EIU) recently said all over the world, people are grappling with the rising cost of living. According to the EIU’s Worldwide Cost of Living 2022 survey, the average price of goods rose by 8.1 per cent this year, largely driven by the Russia-Ukraine war and the ongoing impact of the coronavirus pandemic.

However, some cities are stretching their residents’ wallets further than others. Once again, the EIU determined the most expensive cities in the world by studying price comparisons – from August 16 to September 16, 2022 – among 172 major cities worldwide, including over 200 goods and services (such as food, transport, and clothing).

New York City and the city-state of Singapore tied in first place, with the Big Apple topping the EIU’s survey for the very first time.

New York’s high ranking is partially influenced by the recent US inflation. The Federal Reserve has raised interest rates by 375 basis points this year, making basic goods much more expensive. Two other US cities made the top 10 list: Los Angeles, California (which is tied in fourth place alongside Hong Kong) and San Francisco, California (placed eighth).

Meanwhile, Singapore’s high ranking on the EIU survey is nothing new. According to the report, the country “has the world’s highest transport prices, owing to strict government controls on car numbers. It is also among the most expensive cities for clothing among others, thanks to its success as a premier location for business investment”.