AP – Appeals judges at an international tribunal sentenced two members of the militant Hezbollah group to life imprisonment yesterday for their roles in the assassination of former Lebanese Prime Minister Rafik Hariri and the deaths of 21 other people in 2005.

Neither of the convicted men, Hassan Habib Merhi and Hussein Hassan Oneissi, has been arrested and sent to the Special Tribunal for Lebanon in the Netherlands. They were tried in their absence and remain at large.

Merhi and Oneissi were convicted on appeal in March of five crimes, including being accomplices to the intentional homicide of Hariri and the 21 others.

They all were killed when plotters detonated a huge truck bomb outside a hotel on Beirut’s seafront as Hariri’s motorcade drove past.

The blast wounded another 226 people and plunged Lebanon deeper into political turmoil.

During a hearing yesterday, the tribunal’s president, Czech judge Ivana Hrdličková, said Merhi and Oneissi were receiving life sentences for each of their five convictions. If they are ever captured and imprisoned, the sentences would be served concurrently.

Prosecutors appealed after the two men were acquitted nearly two years ago following a lengthy trial that found another Hezbollah member, Salim Ayyash, guilty of involvement in the February 14, 2005, blast. Ayyash, who also was tried in absentia, received a life prison sentence. 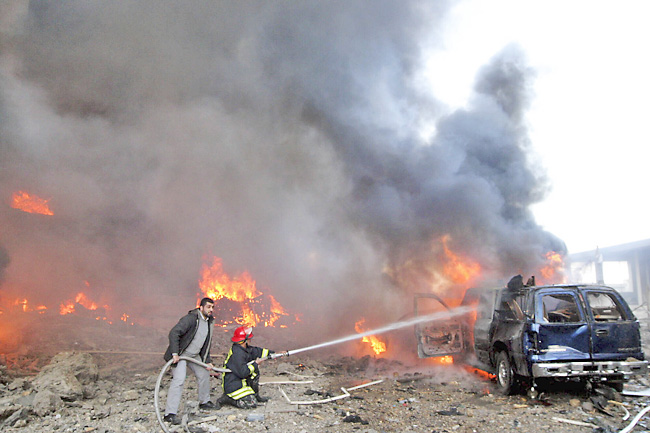