The event commenced with welcoming remarks by Datin Hajah Nahriah, who said religious events have also been conducted, including Khatam Al-Quran and Sunnat Hajat prayers as well as Doa Selamat and Doa Kesyukuran prior to the birthday reception.

She congratulated Her Majesty and prayed that Her Majesty will be showered with blessings, protection, safety and health as well as always istiqomah in performing acts of worship and charity along with His Majesty Sultan Haji Hassanal Bolkiah Mu’izzaddin Waddaulah ibni Al-Marhum Sultan Haji Omar ‘Ali Saifuddien Sa’adul Khairi Waddien, Sultan and Yang Di-Pertuan of Brunei Darussalam and Their Majesties’ children, grandchildren as well as members of the royal family.

Her Majesty consented to cut the birthday cake and received a pesambah. The royal guests were also treated to songs performed by the organising committee. 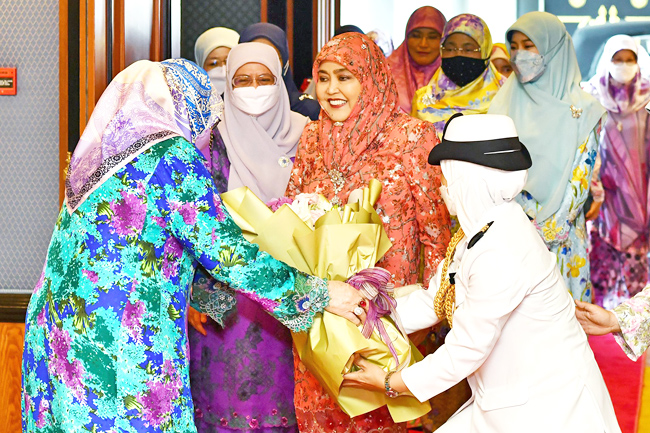 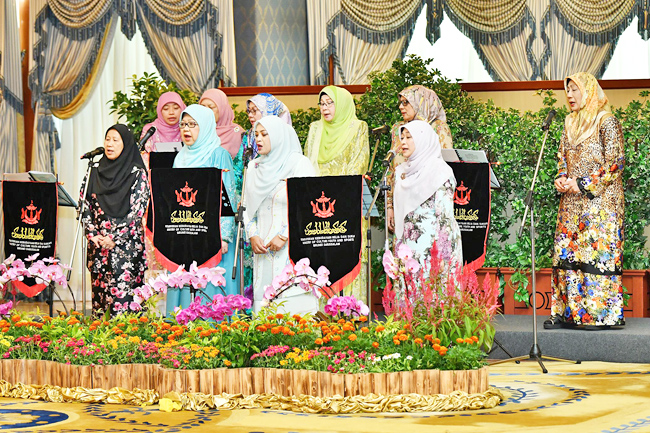