THE WASHINGTON POST – In a recent child-rearing trend making the rounds of social media, parents have been posting photos of adorable youngsters playing alone – doing puzzles, digging in the dirt, building with Lego – and tagging them #sittervising.

The term, coined by Susie Allison, author and creator of the popular blog Busy Toddler, starting taking off in July, when she shared a video titled The art of sittervising. “You do not need to hover over kids while they play OR feel like you absolutely must be playing with them at all times,” she wrote. “You can supervise kids from a seated position.”

The idea that it’s permissible to tell your children to just go play has been greeted with enthusiasm. “Sittervising is the latest parenting trend because it’s genius” read a headline on Motherly.

An online article from Today asked, “What is ‘sittervising’ and why is it the latest expert-approved trend for parents?” The Skimm, in somewhat retro fashion, ruled it “A Parenting Trend That Actually Helps Kids and Moms”.

Sittervising, of course, is only the latest parenting trend that isn’t. Allowing children to entertain themselves is a practice that has existed at least since hunter-gatherer societies.

Its popularity probably tells us more about the anxiety-riddled state of privileged parenting than anything else. 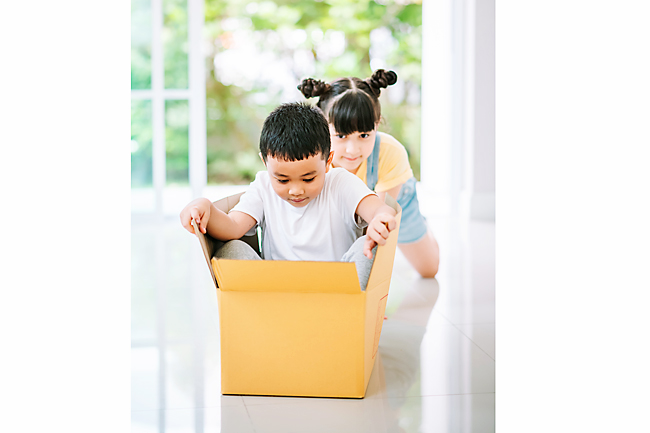 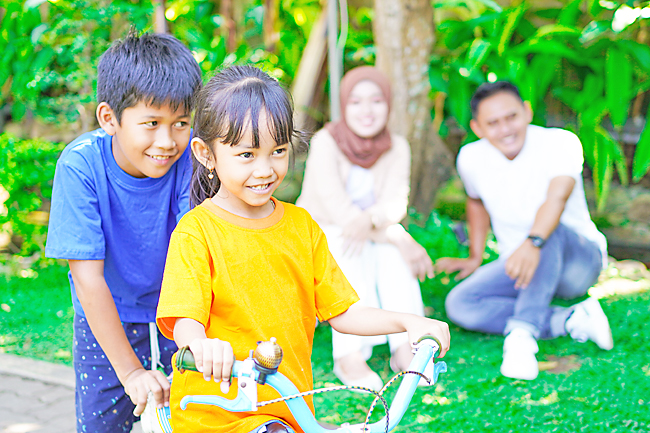 But the fact that this concept is attracting such a passionate following offers an opportunity to revisit the reasons kids need solo play and to consider why so many parents seem to believe they must spend all their free time with their children.

Mark Sabbagh is a Psychology Professor and lead investigator at the Early Experience Lab at Queen’s University in Ontario. He agrees that, whatever you call it, encouraging your kids to play on their own is a good idea and always has been.

Kids use play to explore the world, Sabbagh said. “So sometimes they’re working through how physics works by building with blocks, or sometimes they’re working on how people work in a dramatic play kind of setting.” They’ve usually got ideas about how things work, he added, so through play, “they’re trying out those ideas, and then they’re observing the results of those ideas in an environment that they have themselves sculpted”.

This is an important part of development, Sabbagh said. When parents think they need to be involved or impart some kind of lesson, “they can interrupt this natural process of learning”. If you’re invited to play, great. But if you aren’t, “then let them do their thing”, he said.

Of course, don’t take it too far: Scrolling through your phone to the extent that you don’t respond when your child needs you isn’t good, either, Sabbagh noted. Parents should encourage exploration and autonomy in a supportive way that also makes it clear to their children that they’ll be there if needed.

Brandi Hawk, an expert in Parent Child Interaction Therapy (PCIT), which was developed as an intervention for children who are non-compliant and oppositional, looks at the issue of sittervising through the lens of attachment theory. “Attachment theory said that there’s two really important roles that a caregiver plays in a child’s life,” Hawk said. “One is to be a safe haven, so when your child is afraid, scared, upset, they know they can come to you for support.”

But, Hawk added, “the other, equally important piece is to be a secure base from which your kids can explore. So, to be the person that your child can look at and say, ‘you know, my mom or dad is there so I can go off and find out new things’”. Parents who need to be reminded that it’s okay for kids to play on their own are hewing closer to the safe haven role than the secure base role.

Kids also grow through measures other than play, said Chair of the Department of Psychology at Oberlin College Nancy Darling who has researched different styles of parenting. One way is watching parents as they do chores or run errands. “There’s a zillion things we learn about being adults by hanging around with our parents when they’re not paying attention to us,” Darling said.

Of course, some children don’t receive much one-on-one time, often because their parents are working multiple jobs and have many responsibilities. This can lead to issues such as clinginess; throwing tantrums or displaying aggressiveness; or being anxious, moody or withdrawn, said Hawk, who is the supervising psychologist at the PCIT training centre at UC Davis Children’s Hospital.

One of the components of PCIT is “special time” – five minutes when a parent engages in child-led play and practices some of the skills they have been taught in this therapy.

Research into the efficacy of PCIT has shown that children whose families engage in special time have better outcomes than those whose families do not, said Hawk.

Recognising that some parents struggle to find even five free minutes in a day, Hawk suggests incorporating one-on-one play with their child into daily activities such as bath time, or squeezing it into slivers of the day, such as right after school. “It’s amazing when kids go from nothing to a little bit” of one-on-one, she said. “Parents feel less stressed, too, because they’re getting to have a little bit of joy in their child.”

So where did many parents get the idea that they have to spend all of it with their kids?

Sabbagh said the Internet plays a role. “I think that work at home tends to be undervalued,” Sabbagh said. “So that creates cultural pressure to publicise the work that one’s doing,” through blog posts and social media. Hawk agrees. “There’s this real push that if you’re a good parent, you should be posting pictures of you and your kids having a great time together,” she said.

Some parents feel obligated to stuff more parenting into fewer hours, Darling said. “One of the things that’s changed radically over the last couple of generations of parenting is we spend much less time with our kids, but we focus on them,” she said. “So it’s not like you’re with your kids and you do something, and they come with you, and they’re sort of part of an activity. They are the activity.” That makes any parent who isn’t 100 per cent focussed on their child when they’re together feel like a slacker.

But, Darling pointed out, that guilt is a feeling based on a misconception about the past.

After all, the stay-at-home mothers of yesteryear did not spend every hour after school engaged with their kids. “It was just like, ‘Oh, you’re home now. Good, go play, do something fun, and then we’ll do something together as a family, like eat dinner or do something else’,” Darling said.

“I just think we’ve really upped the stakes of what we say is good parenting, and then we don’t give anybody support,” she added. “So, no matter what you do, it’s not enough.”

None of this is happening in a vacuum, Sabbagh said. “It’s all happening in this kind of cultural landscape. And so I understand why people are doing it.”

But he also appreciates when that landscape produces someone who creates a term like sittervising, and tells parent that it’s okay to let your child play on their own. “That’s where developmental psychologists can come in and say, ‘Yep, we think so, too’.”