The German Weather Service (DWD) urged people to stay at home and authorities brought homeless people into warm shelters amid the sub-zero temperatures.

National train operator Deutsche Bahn said main train routes between Hamburg and Hannover, Berlin and the west were cancelled as snowdrifts piled up on the tracks and power lines. Some train connections in the east were also cancelled, though most of the snow came down in the northwest.

Police in the western state of North Rhine-Westphalia said early yesterday they had counted 222 accidents due to the bad weather conditions since Saturday afternoon. They said two people among the 28 were severely injured.

In the western city of Muenster, among the hardest hit places, there was so much snow on the streets that ambulances could no longer drive and all public transportation was shut down. More than 30 centimetres of snow had fallen, piling up to one metre in some parts, and more snow was expected to fall. 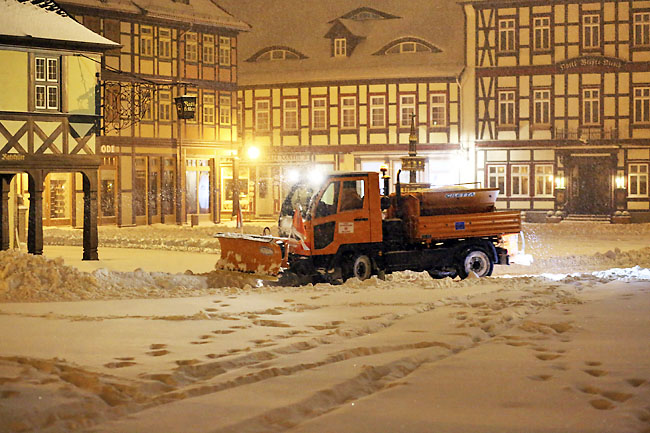 In Wuppertal, in western Germany, firefighters had to rescue six passengers out of the city’s famous elevated railway after a train stopped moving due to the icy conditions. They had to climb up on ladders to reach the people on the train and help them down to the ground, dpa reported.

City authorities in the western town of Hagen walked through the streets at night waking up homeless people sleeping outside and taking them to shelters, the German news agency dpa reported. In Berlin, the capital’s biggest shelter, a tent city on the outskirts, was cleared early Saturday to make sure people don’t freeze to death in sub-zero temperatures.

While the west of the country was freezing, southern Germany experienced balmy, spring-like temperatures.

The unusual weather and temperature divide was caused by a polar vortex pushing icy air from the Arctic toward northern Germany just as a low pressure front brings wet, warm weather from the southwest, the DWD said.

In the Netherlands, snow blanketed much of the country, forcing the government to cancel a weekly crisis meeting to discuss the coronavirus pandemic. Train services were suspended and Amsterdam’s Schiphol Airport warned passengers of possible flight cancellations.