Organised by the Institute of Public Health of Chile from April 20 to 24, the symposium discussed the impact of recreational noise, real-world teaching and research as well as initiatives and a road map, providing information in preventing hearing loss due to exposure to recreational noise.

Consultant ORL, Dangerous Decibel Educator at the Ministry of Health (MoH) Pengiran Dr Nursuhazenah binti Pengiran Suhaili in an interview with the Bulletin shared that Brunei’s participation was on invitation by APEC.

Pengiran Dr Nursuhazenah explained that according to data shared by the World Health Organization (WHO), at least 1.1 billion young adults between the ages of 10 to 30 are at risk of developing hearing loss due to recreational noise.

“The matter is regarded as an important issue even though it is less well-known when compared to hearing loss due to occupational noise,” she said. “Hearing loss from noise exposure is not recoverable but it is preventable.” 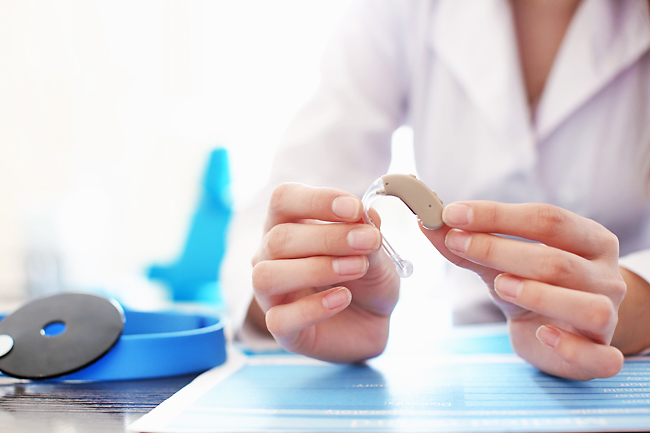 The prevention and treatment of hearing loss increases a person’s chance of employment and their potential earnings. The investment in preventative hearing health provides equal opportunities between individuals, allowing economies to grow and improve social welfare.

Recreational noise, she explained, is the noise that you are exposed to through personal devices such as listening to music on high volume.

“Simple things or normal things that we never think twice about that it can be harmful to our hearing health,” she said. “We know that you are putting your hearing at considerable risk of damage if you listen to sound beyond 85 decibels.”

“Other sources of recreational noise come from our activities such as going to gym or fitness club for instance, going to concerts where you are exposed to very loud noise which has been known to be harmful to our hearing health.”

“So if you are exposed to recreational noise more frequently and often or exposed to higher levels of noise, you will see the damage soon enough. In other words, you are not going to be waiting until you age, as it will be evident.”

The symposium covered a series of lectures delivered by experts representing members including the United States of America, European communities such as Sweden and from the host country, Chile.

“We were also given the opportunity to participate in a workshop – where APEC member representatives work on identifying the concerned issues concerns, its level of challenges and coming out with solutions in terms of initiatives,” shared Pengiran Dr Nursuhazenah.

“During that time, we have concluded a few initiatives that are agreed upon by all participating members of APEC. Each member would work on road mapping collaborations with different agencies pertaining to recreational noise, as well as determining regulations in the systems with regards to recreational noise as a guide for companies, for instance, for other recreational agencies as well as the general public to note about in terms of the safe level of listening.

“The other area that we need to work on is on raising awareness on hearing loss in youth through recreational noise. This will be through education and campaigns targetting the youth aged 10 to 30s.”

Initiatives are also being discussed in terms of research and she said that “this is important if we were to engage other stakeholders to secure funding needed to help supporting the programmes that we run, including raising public awareness as well as training for professionals and teachers. We are also looking at the aspect of assimilating or incorporating the awareness among children at schools.

“In terms of campaigning and raising awareness, APEC members felt that the media has an integral role to play; be it via normal or traditional ways of information sharing or even through social platforms, which most youth are more likely to use.”

Asked how recreational noise could impact society, Pengiran Dr Nursuhazenah explained that they do not have any local data as yet to share with different agencies.

She added it is something that needs to be worked on. “It is a priority because obviously if you don’t know much about the issue so you not going to read up or making effort to learn more about it.”

Asked whether noise can be controlled through restrictions, Pengiran Dr Nursuhazenah explained, “This was discussed during the symposium as a majority of the participating countries lack of legislation.

“Since we lack the legislation, we have to work to raise awareness not just on the dangers of higher level of noise but also what you can do to try and help reduce that risk.”

There are steps one can take to try to reduce the risk. This includes using appropriately fitted earplugs to reduce or decrease the level of noise exposure. Steps also include limiting the time and duration you are exposed to that noise level.

“Moving on from here, we can help raise awareness among the public regarding hearing and ear care by introducing education sessions or mini roadshows on safe listening to primary school students through collaboration with dangerous decibels programmes, which is specific in terms of providing knowledge, evidence based, connecting science to hearing and then impact noise exposure.

“So it’s not new for us. As we are moving forward certainly from here we hope to be able to collaborate more with schools to train teachers, for instance, to be able to deliver on the elements of dangerous decibels education, so that it could be a continuance from year to year,” she added.

Blessed as a Zikir Nation

New Yorkers start to return to offices, in hybrid mode for now