THE WASHINGTON POST – Finally, a novel about the travails of a successful White guy! What could pull the heartstrings of the United States (US) tighter than a story of brief, emotional setback suffered by a handsome movie star?

The actor and director, who made his screen debut at 15, has published several books during his acclaimed Hollywood career, and he recently produced and starred in a spectacular TV adaptation of James McBride’s The Good Lord Bird.

But Hawke is also known as the man who cheated on Uma Thurman and offered loutish excuses about the needs of great men like Martin Luther King Jr, John F Kennedy and him.

Now, some 15 years after all that cosmic embarrassment, Hawke has published a novel called A Bright Ray of Darkness.

It’s about a young movie star who got caught cheating on his stunningly gorgeous wife. This recycled gossip is tiresome, but what’s most irritating about A Bright Ray of Darkness is that it’s really good. 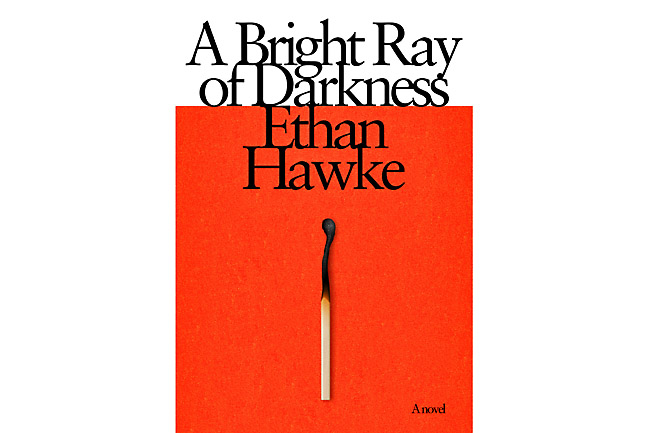 If you can ignore the author’s motive for creating such a sensitive and endearing cad, you’ll find here a novel that explores the demands of acting and the delusions of manhood with tremendous verve and insight.

A Bright Ray of Darkness opens during a storm of negative media coverage that erupts when the young heartthrob William Harding is spotted cavorting with a woman – not his rock star wife – in Cape Town, South Africa.

Even the taxi driver who picks him up at the JFK airport is furious.

“People of your kind, they make me feel upset,” the driver fumes. “You have everything, but … that is not enough.”

When William arrives at his New York hotel, the front desk greets him: “Wow, look who it is, Hester Prynne herself.”

Slinking off to his room amid the ruins of his “collapsing life”, William knows he’s an international pariah, the poster man-child for infidelity.

William is determined to tell the truth and shame the devil, but the teller of the tale always holds the reins of our sympathy, which may explain Hawke’s decision to narrate this story in the first person.

As much as everybody around William regards him as a royal pain, we – his intimate confessors – know that he’s a hopeless romantic, hurt and confused, baffled that love can turn sour so quickly.

Now, at the ripe old age of 32, William must pull himself together, stop crying and grow up.

Even harder, he’ll have to do that personal reconstruction while making his debut appearance on Broadway.

Before his marriage publicly exploded, he’d signed on to play Hotspur in a lavish production of Shakespeare’s Henry IV.

The one movie star amid a cast of celebrated stage actors, William is intimidated by the legitimate talent around him and determined not to stick out as dopey eye-candy for Broadway tourists.

Drawing on his own experience playing Hotspur at Lincoln Center in 2003, Hawke creates spectacular performances – on and offstage – by King Henry, Prince Hal, Falstaff and the whole cast of brittle egos conniving for the director’s love and the audience’s attention.

Shaping the entire novel around this production provides a frame that literally dramatises the themes of the story, propelling it forward even while William wallows in self-pity.

A Bright Ray of Darkness is clearly the work of an author who knows every aspect of the profession from the inside: the tedious rehearsals, the clash of personalities, the possibility of injury during a sword fight.

Hawke is a genius at conjuring the hush of the auditorium, the thrill of live actors, the magical sense of a performance moving through time.

Amid the endless pandemic lockdown, reading this novel with its spirited scene-by-scene reenactments is the closest I’ve gotten to live theater in 10 months.

But performing alongside stage legends – some gracious, some not – is a challenge for William, this young movie star who’s used to everybody fawning over him.

Fortunately, the play is also an opportunity to climb out of himself and be someone else at the very moment he really needs that.

“My life as a performer is at the absolute core of my sense of self-worth,” William says. “Inside the play it felt possible that I was not a person defined by his adultery, or his unloving parents, or his lies, his failure as a father.”

Maybe, he hopes, acting well onstage will serve as a prelude to acting better in real life.

William is not the best Shakespeare actor in this production, and A Bright Ray of Darkness is not a naked act of wish-fulfillment by its author.

It’s a slippery hybrid: self-flagellation and charm offensive. Hawke’s young protagonist can be a fool, but he’s wildly energetic.

He throws himself into the part of Hotspur with such unbridled enthusiasm that he just about ruins his voice.

Quelled by that self-inflicted injury, he must spend a lot of time not speaking, which naturally invites everyone around him to offer advice. The consensus, he begins to hear, is that he must relinquish his unearned sense of specialness and stop trying to make sure everybody likes him.

“You know, William, your drug is approval,” a brutally honest friend tells him. “You need to have your own opinion of yourself.”

That’s a tall order for anybody, particularly a celebrity who’s subsisted on a diet of praise since he was a teenager.

Recognising the elements of his life that were always just puffs of fantasy is an excruciating process – harder than getting stabbed to death eight times a week.

“My mad hopefulness was part of my illness,” he says in a moment of illumination. But what’s the cure for such intoxicating romanticism? Does anybody survive stardom with their humanity intact?

I want to be immune to Hawke’s charms, but I admit it: He’s written a witty, wise and heartfelt novel about a spoiled young man growing up and becoming, haltingly, a better person. A Bright Ray of Darkness is a deeply hopeful story about the possibility of rising above one’s narcissism. Bravo.