THE WASHINGTON POST – “I’ve tried to ignore this mystery, this misery, which has grayed the edges of so many days,” writes Ellen McGarrahan at the start of Two Truths and a Lie, her haunting memoir, which also unfolds as a gripping true-crime narrative. “But I keep waking up in the middle of it, this rattling echo, this old sorrow, these dead bones. I need it to go away and leave me alone.”

The unhappy saga began on February 20, 1976, when a Florida state trooper named Phillip Black and a visiting colleague, Canadian constable Donald Irwin, spotted a beat-up Camaro parked at a rest stop just north of Fort Lauderdale. Five people were asleep inside the car: Jesse Tafero, “a fugitive rapist with some very dangerous friends”; his girlfriend, Sonia “Sunny” Jacobs, and her two children; and their friend Walter Rhodes, who was on parole for armed robbery. Moments after approaching the car, Black radioed his dispatcher to report a “real strange situation”. Shots were heard moments later, leaving the two officers dead.

Early one morning in May 1990, as a young reporter for the Miami Herald, McGarrahan drove out to Florida State Prison to witness Tafero’s execution. She didn’t especially want the assignment, but she felt an obligation to pay her dues as the Tallahassee bureau’s youngest staff member and only woman. “I wanted to be a good reporter,” she recalls. Whatever trepidation she may have felt going in, the reality was far worse. A malfunctioning electric chair necessitated the use of three separate jolts instead of the usual one, setting fire to the condemned man before the execution could be carried out. McGarrahan, taking notes in the witness gallery, was horror-struck. “My prison-issued pencil dug into the page so hard that the paper ripped.”

In the days to come, McGarrahan found it impossible to shake off the experience. “Being a journalist was what I’d wanted to do,” she writes. “I had devoted myself to finding the truth, making it public, holding the powerful to account. But after witnessing Jesse Tafero die, I could not tell if any of that…mattered, at all.”

Some months later, while watching a Barbara Walters ‘20/20’ news segment, McGarrahan was startled to see the headline of her own Miami Herald article on Tafero’s execution pop up on the television screen: “Three jolts used to execute killer.” Her surprise turned to chilling dismay as an announcer asked: “Could the state of Florida have executed an innocent man?” 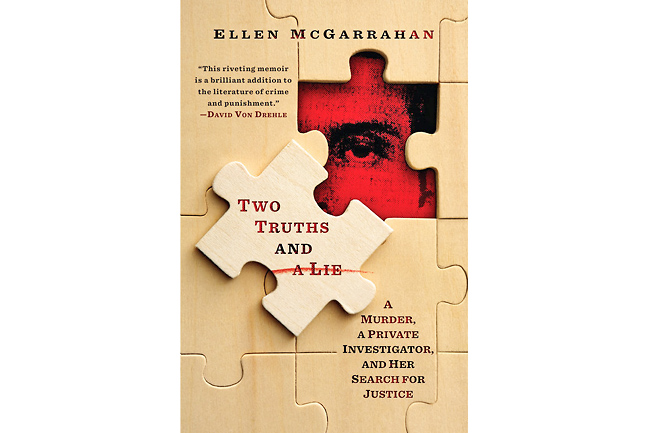 There was good reason to think so. Both Tafero and Jacobs had been convicted on the testimony of Rhodes, the third adult in the car, who would later confess to having murdered the officers himself. “Then he recanted his confession,” McGarrahan writes.

McGarrahan, meanwhile, had left her job at the Herald and “started out at starting over”, drifting through various jobs and relationships.

“I knew I was making myself pay penance for sitting in a folding chair like a spectator at a sports match and watching a man die,” she recalls. “I just did not know exactly why.” She found a renewed sense of purpose, she now realises, when a chance series of events led to a job as a private investigator. “You are motivated by guilt,” her new boss told her, “which means you will never stop until the job is done.”

In time, that driving sense of guilt would take her back to the Tafero case, setting in motion the detailed reexamination of the evidence that forms the heart of her narrative. “I’m a private detective,” she told herself at the start of the process. “This is a mystery. I know what I have to do.”

McGarrahan’s rigorous investigation includes a set of hard-won interviews with the surviving witnesses to the 1976 shooting, including Rhodes and Jacobs. “When certain people come together, you know, certain things happen,” Rhodes tells her. “With us it was a bad combination.” At the same time, McGarrahan must follow the story across a grim terrain that features drug dealers, armed robbers and other shady characters. “You shouldn’t fool around with this,” one interview subject tells her. “Don’t you worry that someone is going to kill you?”

To her credit, McGarrahan resists the impulse to spin this tragedy into a “sentimental story with a feel-good ending”. In the book’s final pages, having sifted through a daunting tangle of conflicting accounts and agendas, she arrives at a set of wrenching conclusions about the crime. No spoilers here, but as McGarrahan readily admits: “Your gut instinct isn’t always right. Sooner or later, I have come to find out, everyone gets fooled.”

At the same time, she candidly acknowledges that the larger issues surrounding the “infinite cruelty” of Tafero’s execution do not submit to easy analysis. “I don’t have magic powers,” she says. “All I do is knock, ask, and listen.”

This is a powerful, unsettling story, told with bracing honesty and skill.