In upholding the wishes of His Majesty Sultan Haji Hassanal Bolkiah Mu’izzaddin Waddaulah ibni Al-Marhum Sultan Haji Omar ‘Ali Saifuddien Sa’adul Khairi Waddien, Sultan and Yang Di-Pertuan of Brunei Darussalam, the expertise of Southeast Asia (SEA) Write Award recipients is needed for us to learn, acquire experience and advice to formulate strategies to strengthen, preserve and disseminate the Malay language and literature in the country.

Major General (Rtd) Dato Paduka Seri Haji Aminuddin Ihsan cited that His Majesty, in a recent titah during an unscheduled visit to the Ministry of Culture, Youth and Sports (MCYS), said the civilisation of the nation is built with its own language.

This means that the high civilisation and civilisation can be seen through the way a nation uses language as a medium to express and convey thoughts. Thus, the development efforts of a nation’s civilisation desperately need the thinking of the community to be conveyed in language, and one of the presentations is through writing.

He said writers, poets and the likes have a crucial role in the process of nation-building.

Writers have a high-level of intellect, and dare to work on big ideas to jointly support the development and progress of the country.

Knowledge enrichment through writing in the Malay language shows not only the greatness of the Malay culture and civilisation, but also serves as testament to the strength and development of Malay language and literature.

For the ministry and the Malay language and literature in particular, views, opinions and recommendations of award recipients have a value that is unmatched for the formulation of strategic action to build a Malay civilisation continuously and effectively.

Additionally, the initiative is also the avenue to introduce SEA Write Award recipients to the next generation, especially the youth, adolescents and children. Therefore, it is very appropriate to really take advantage of the unique platform to further strengthen the bonds between young writers and famous writers, to ensure the continuous development of the Malay language as a machinery for civilisation development, he said.

The Language and Literature Bureau said, from 1986 to 2019, 34 writers in the country were recognised as SEA Write Award recipients.

The award is also a platform to elevate quality work, and introduce local writers’ works to regional as well as international stages.

The ceremony pays tribute to recipients who have long contributed their views on nation-building. It also allows for the exchange of views between the MCYS and award recipients, while strengthening bonds and cementing cooperation between the government and writers. 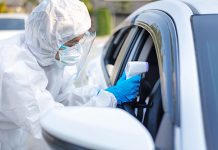 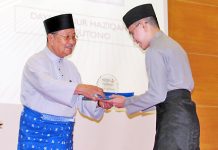 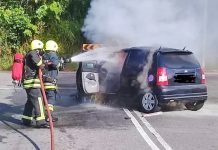 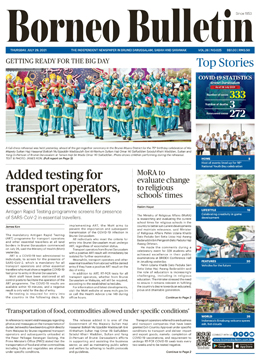