This year’s event was organised by the FRD.

Three cows were sacrificed and the meat distributed 20 families comprising underprivileged members of the community and BIBD Advocating Life-Long Learning for an Aspiring Future(BIBD ALAF) recipients.

BIBD also contributed 100 Yaasiin books as Waqaf to the mosque. 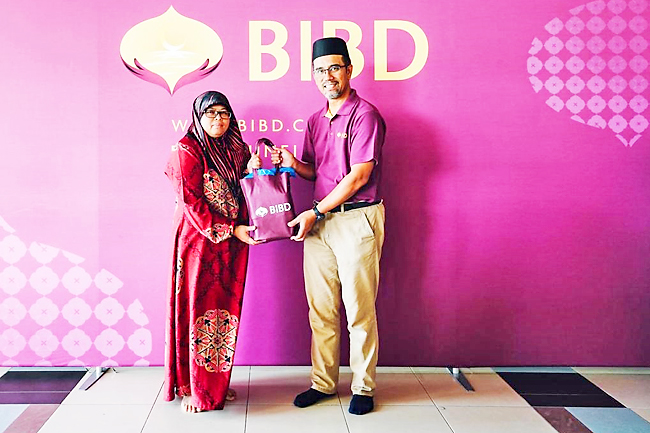 The Language and Literature Bureau (DBP) Seria Library marked Hari Raya Aidiladha recently by organising a distribution of bubur kacang to about 150 people.

Officers and staff members took turn preparing the porridge outside the library before handing out portions in takeaway containers to visitors. Leftovers were distributed to village residents in the vicinity of Ar-Rahim Mosque in Kampong Bukit Panggal, Tutong District.

Similar events are being planned at other DBP libraries across the country.

The event started with the recitation of Surah Al-Fatihah followed by a mass Takbir. 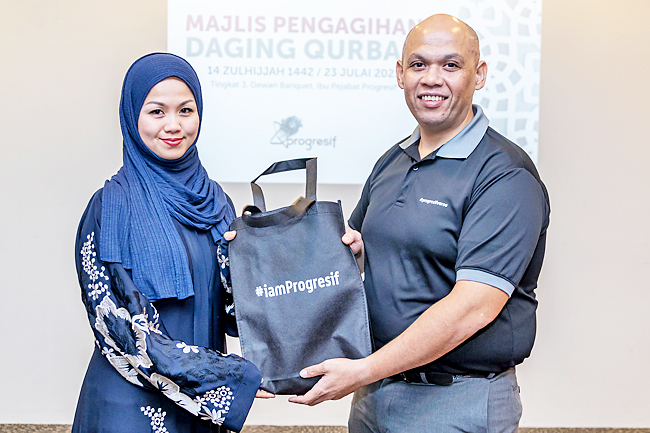