LOS ANGELES (AFP) – Kevin Durant scored a season-high 42 points as the James Harden (pic below, AFP)-era began for the Brooklyn Nets with a triple double and a 122-115 NBA victory over the struggling Orlando Magic on Saturday.

The 31-year-old Harden finished with 32 points, 14 assists and 12 rebounds in his debut with the Nets, who must wait to show off their Big Three of Harden, Durant and Kyrie Irving due to Irving’s absence for personal reasons. Harden scored his first points as a Net by nailing two free throws with six seconds left in the first quarter as the Nets took a 29-26 lead.

“Early on, I felt like we all were overpassing, trying to make everybody comfortable,” Durant said, “Then he just got into his mode of being aggressive to score and that opened up the whole game for others.”

Harden, who became the seventh player in history to record a triple double in their debut for a new club and the first to do so with a 30-plus scoring effort, slammed the door on his way out of Houston after a four-team trade deal was completed.

But he was clearly pleased with his new club on Saturday, which sees him reunited with former Oklahoma City Thunder teammate Durant.

“Getting a win in my first game here, it feels pretty good. We just have to keep it going.” 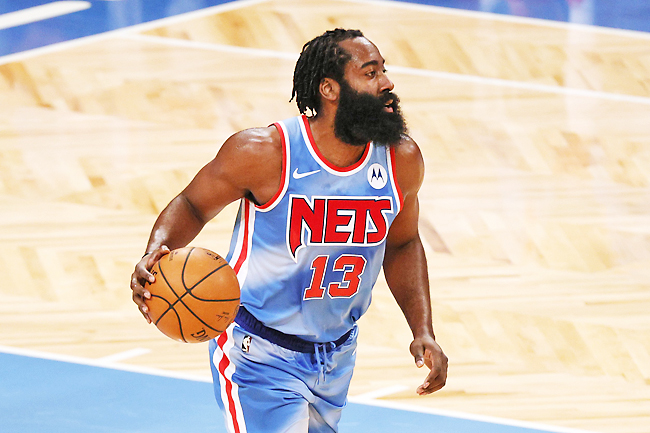 Hamilton says eighth title not sole factor in his future