Hanging by a lifeline

World Oceans Day is celebrated every June 8, with the United Nations (UN) declaring the day be used to raise awareness on the importance of protecting and conserving our waterways, watersheds and habitat.

On the occasion of World Oceans Day, ASEAN Centre for Biodiversity (ACB) Executive Director Dr Theresa Mundita S Lim said the centre joins the rest of the international community in celebrating oceans and recognising their necessity to our everyday lives.

This occasion, themed ‘Life and Livelihoods’, reminds us why these vast bodies of water must be protected and sustainably managed. Everyone lives on a watershed. Oceans generate 80 per cent of our oxygen (trees generate 20 per cent). Humanity cannot exist without oceans.

According to Dr Theresa, the ASEAN region has rich and diverse marine resources, which comprise 30 per cent of the world’s coral reef, 35 per cent of mangroves, and at least 18 per cent of seagrass meadows.

“The region’s 173,000 kilometres of coastline serve as a vital resource base for key industries – fisheries, tourism, shipping – and for its population of 650 million people. Fish and marine products are among the most traded goods across the world.”

While oceans are heavily affected by climate change, these natural systems are our frontlines against climate change. For example, healthy mangroves, tidal flats, seagrass beds, and coral reefs act as natural barriers against strong winds and storm surges, and contribute to our resilience to rising temperatures.

There is no argument that oceans have gained much attention in recent years as the new frontier of sustainable development.

The blue economy, or the sustainable use of ocean resources for economic growth, has improved livelihoods and jobs while preserving the health of ocean ecosystems. 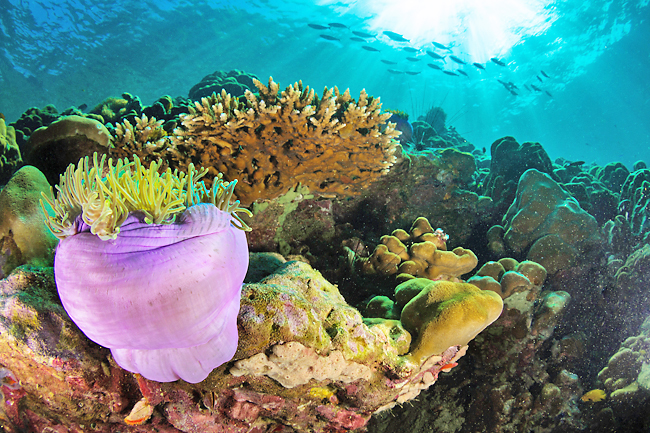 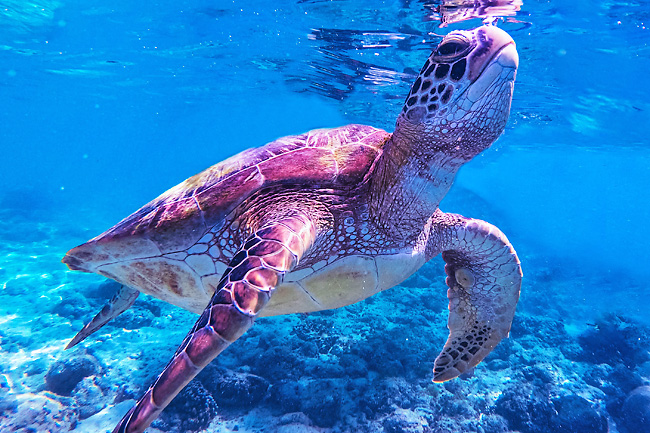 However, oceans are continuously under threat due to a host of factors, many of which are human-driven. The greater challenge rests on making this so-called blue economy “green” and ensuring that protecting marine biodiversity is a cross-sectoral endeavour supported by available science and technology.

Dr Theresa said that the ACB has been working with partners to further improve the science-policy interface in safeguarding marine ecosystems, including access to biodiversity data and sharing of information.

Also, as the secretariat of the ASEAN Heritage Parks (AHP) that include nine marine protected areas, the centre supports species monitoring in AHPs, one of which is Tubbataha Reefs Natural Park (TRNP). An ongoing project at the TRNP is a study of sharks and other big sea predators using underwater visual census. From March 2021 up until today, 23 sharks and rays have been recorded in TRNP.

Coinciding with World Oceans Day, the ACB and the United Kingdom Mission to the ASEAN hosted the ASEAN-UK COP26: Framing the Future for Nature and Climate, an online event in preparation for two global events: 15th Conference of Parties (COP15) of the Convention on Biological Diversity, and the 26th session of the Conference of the Parties (COP 26) to the UN Framework Convention on Climate Change scheduled later this year.

This year is critical for oceans as leaders of nations are set to agree on a post-2020 global biodiversity framework, a landmark 10-year strategic plan to reverse the loss of marine and terrestrial biodiversity.

The proposal of scientists and leaders to protect at least 30 per cent of the planet, including oceans, by 2030, is backed by the best available science and can be an opportunity to empower countries to further advance their priorities for better ocean management.

However, to achieve this, the support and involvement of all is paramount.

ASEAN is committed to further exchange best practices, flesh out opportunities, and concretise plans in raising ambition on nature-based solutions, climate, and biodiversity. As negotiations are underway, the ACB continues to pursue its mandate to support the member states’ efforts to access science and technology, develop their capacities to implement the target effectively, and mobilise resources to achieve regional and national goals towards healthy oceans.

“Healthy oceans that teem with an abundance of life are critical to humanity’s subsistence, livelihood, and well-being. Therefore, it is high time that we work together as we bridge science and policy to protect our marine ecosystems. I am optimistic that our collective efforts will make waves and benefit all, generations after generations,” she said.

He also suggested for more integrated efforts in handling the issue, especially from members of the public. On the protection of turtles, the minister said that the Department of Fisheries’ measures consist of beach patrols during the turtle nesting season, raising public awareness, tagging turtles, and the incubation and relocation of hatchlings, in addition to hosting volunteer programmes.

“It is hoped that more volunteers will get involved in these activities to prevent turtles from becoming extinct. Several international, private and government schools have also been actively involved in turtle release programmes.”