Some 350 runners from 18 countries took part in the 3rd edition of the Borneo Run held in Belait District yesterday.

The 21-kilometre run began and ended at Silver Jubilee Recreational Park while passing through Kuala Belait.

The male champion of the half-marathon was Khairul Ramli followed by Ettienne Coetzer in second place and Abdul Malik Hidup as second runner-up.

For the female category, Vanessa On won first place with Airince Liam and Nurul Baharuddin in second and third positions.

The half-marathon winners were given BND700 and gold medals for first place while the runners up received silver and bronze medals as well as BND300 and BND200.

The male 10-kilometre category was won by Ahmad Yazid followed by Ruzaini Mahadi and Syafiq Shahri in second and third places. 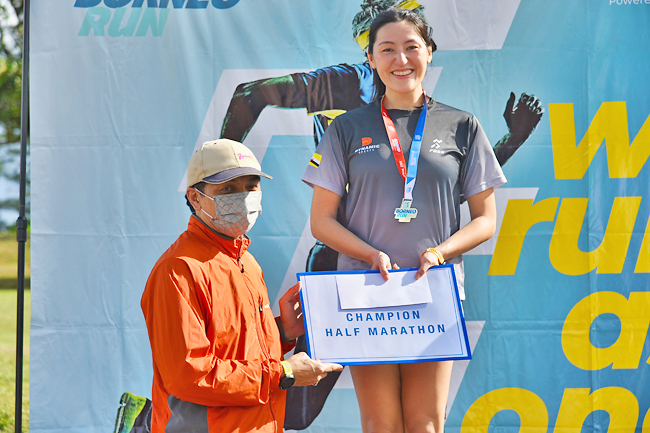