AFP – It’s an impressive figure. A study has demonstrated the exceptional growth of social media in the world: in one year, more than half a billion users joined a social platform over the 12-month period.

In China alone, new users on social networks have reached 85 million in the last twelve months.

On average, more than 1.4 million users per day joined social media in the past year, explained The Digital Report April 2021 of We Are Social according to an analysis
by Kepios.

A growth of almost 14 per cent compared to last year, which is equivalent to 16.5 new users per second worldwide.

While these figures are impressive, they are logical given the global health crisis that has forced people to use other means of communication rather than in-person meetings. This is the main explanation for this increased online social activity, as demonstrated by the study. “Staying in touch with friends and family” received 49.7 per cent of positive opinions from the 16-64 year-olds questioned in this survey.

WOMEN HAVE LESS ACCESS TO THE INTERNET IN SOUTH ASIA

Internet usage has also increased worldwide with 332 million additional users in the last 12 months, representing a 7.6-per-cent year-on-year growth. Now, six out of 10 people in the world have Internet access, which represents 4.72 billion people connected in April 2021.

According to the We Are Social report, while the number of users with access to the Internet has continued to grow significantly over the past year, disparities still exist across the world.

While more than nine out of 10 people use the Internet in Northern and Western Europe and North America, more than three out of four people in East Africa still do not have access, the study said.

According to the Global Web Index survey on which the We Are Social study was based, WhatsApp is the winner as the world’s favourite social platform with 24.1 per cent of positive responses from Internet users aged between 16 and 64. For this survey, China was left out of the dataset, We Are Social notes. 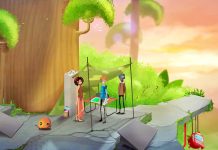