But the bill has done little to appease stakeholders in the industry, who said the increased tax cuts are too little to boost their competitiveness against other countries that have adopted their own chips laws.

The National Assembly on Friday passed the revision bill to the Restriction of Special Taxation Act, which raised the corporate tax break for facility investment to eight per cent for large corporations such as Samsung Electronics and SK hynix, from the previous six per cent.

Tax breaks for medium-sized enterprises and companies that are classified as small or mid-sized remain unchanged, at eight per cent and 16 per cent, respectively.

Among the 262 lawmakers present, 225 voted to approve the revision, while 12 opposed and 25 abstained.

Industry watchers say the tax cut for large corporations remains far less than the double-digit tax breaks being offered in other countries.

When President Yoon Suk-yeol came into office in May, he pledged 20 per cent tax breaks, highlighting the importance of fostering the semiconductors industry. 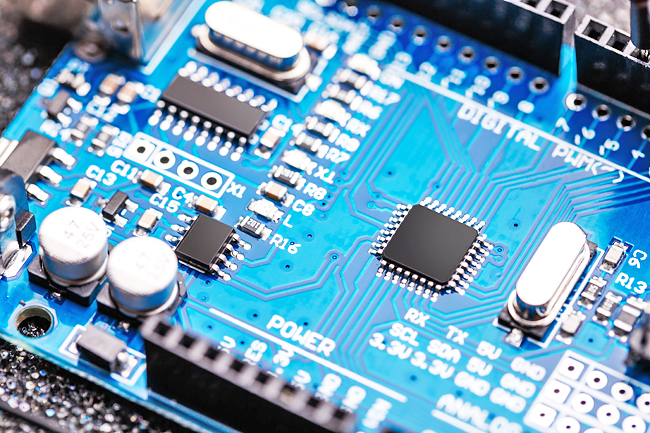 The ruling People Power Party had first proposed the revision bill, which included raising the tax discount from six per cent for large corporations to 20 per cent.

For medium-sized firms, the party sought to raise the rate from eight per cent to 25 per cent, along with going to 30 per cent for small and mid-sized companies.

But the proposed rate was adjusted down to 10 per cent, after the main opposition Democratic Party of Korea criticised the high tax cuts as unfairly subsidising the rich.

The rate was lowered once more when the Ministry of Economy and Finance raised concerns of reduced government revenue.

Other countries leading in the semiconductor market, such as the United States (US), have introduced laws to support domestic chip production.

The US passed its CHIPS and Science Act in July this year in a bid to bring chip technology, manufacturing and innovation to the country.

The US act provides USD52.7 billion to encourage research and boost the domestic chip supply, and also offers a 25-per-cent investment tax credit for capital expenses of semiconductor manufacturing and related equipment.

“The global standard for semiconductor investment is 25 per cent, the US is at 25 per cent and for China, it is 100 per cent. South Korea sets it at eight per cent. How would that foster competitiveness?” Yang posed.

The Samsung Electronics executive-turned-lawmaker switched to a political independent upon her exit from the Democratic Party last year.

“The amount of money that leaked out to the US amounts to some USD234 billion. The size of the ‘Korea exodus’ will grow bigger.”

The Federation of Korean Industries (FKI) also expressed strong disappointment at the single-digit discount on corporate taxes, saying the government’s full-fledged support is key to boosting the competitive edge for the chips industry.

“(The government) needs to understand that in a long-term point of view, that raising the corporate tax break for facility investment can support South Korea to gain leadership in future industries, which would lead to an increase in tax revenue,” the FKI said in a statement.

“It is worrisome to see the National Assembly and the government are only focussing on the short-term decrease of tax revenue.”