MEXICO CITY (AP) – A massive trove of emails from Mexico’s Defence Department is among electronic communications taken by a group of hackers from military and police agencies across several Latin American countries, Mexico’s president confirmed.

The acknowledgement by President Andrés Manuel López Obrador comes after Chile’s government said last week that emails had been taken from its Joint Chiefs of Staff.

The Mexican president spoke at his daily news conference following a local media report that the hack revealed previously unknown details about a health scare he had in January.

López Obrador downplayed the hack, saying that “there’s nothing that isn’t known.” He said the intrusion apparently occurred during a change of Defence Department systems.

But Chile was so concerned by the breach to its own systems that it called its defence minister back from the United States last week where she was attending the United Nations General Assembly with President Gabriel Boric.

The 10 terabytes of data taken by the group also include emails from the militaries in El Salvador, Peru and Colombia, as well as El Salvador’s National Police.

The Mexico portion of the data appeared to be the largest.

A group of anonymous, self-described social justice warriors who call themselves Guacamaya said they use hacking to expose injustice and corruption in defence of Indigenous peoples. 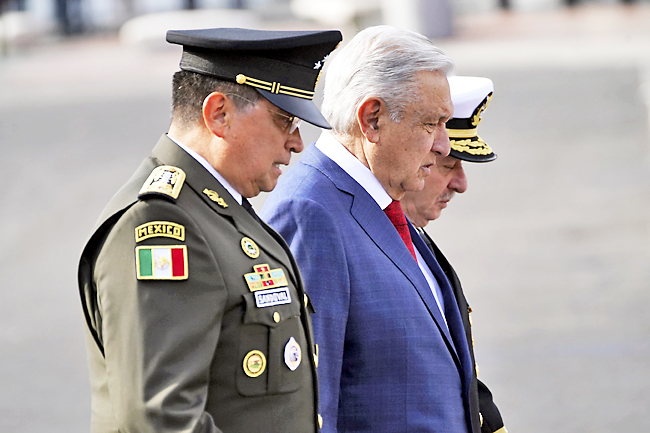