ANN/THE DAILY STAR – Before the pandemic, joining the gym was not the most popular concept among the middle-income populace of our country.

However, as of late, a large number of individuals, especially the younger demographic, have begun to devote their time to working out in gyms. The sudden increase of “gym bros” on social media, coupled with the abundance of free time during the COVID-19 pandemic, have inadvertently contributed to the rising popularity of gym culture.

While that isn’t necessarily a bad thing, it also begs the question – are these people joining the gym for the right reasons?

For a comparative, fair analysis of this argument, the criteria for the “right” reasons need to be defined first. Objectively speaking, people would generally join the gym to gain health benefits, because the benefits that exercising can have on a person’s physical and mental health are irrefutable.

Yet, it appears that a large majority of these young gym aspirants don’t identify with this. Our conversations with some of these individuals revealed a plethora of diversified reasons behind hitting the gym that have little to do with physiological well-being.

The most striking and unanimous catalyst we discovered was body dysmorphia.

Nafees Abrar Islam, 17, explained how his body image issues translated to a lack of confidence in himself, which eventually led him to join a gym. 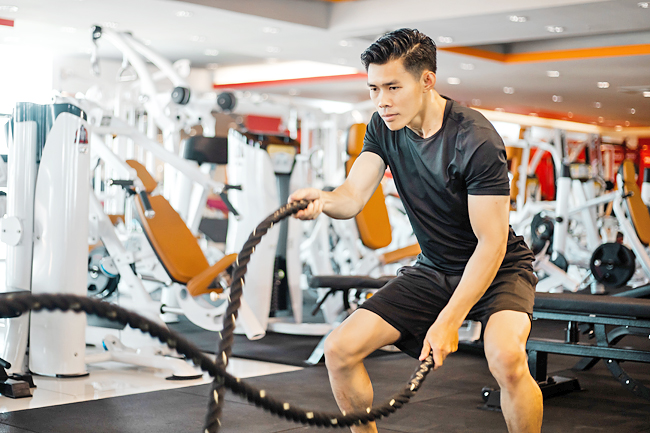 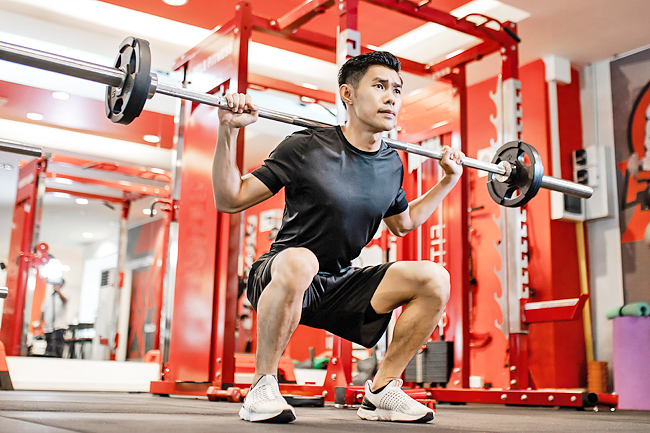 “The dissatisfaction I had with my body made me self-conscious, which eventually lead to bouts of depression, fear, and anxiety when it came to socialising,” he said. “I used to be constantly worried about how other people perceived me. Naturally, I thought that working out would help me climb out of that cycle of self-hatred.”

Furthermore, chasing an ideal body type to meet the requirements of conventional attractiveness is an extremely common phenomenon, especially among teenagers and young adults. Subconsciously, even the supposed educated subset of the population has a hardwired image of what the ideal body should look like.

This sentiment has been further aggravated by most of the people we see in major media fitting the tall, lean, and muscular ideal.

A 17-year-old student Prathom Mitra shared, “A big chunk of my newsfeed consists of reels and videos from muscular influencers and bodybuilders who set unrealistic body standards.

Not only did this make me more insecure about my appearance and posture, but it also essentially cemented the idea that our outward appearance reflects our self-worth.”

Besides being pushed by influencers on social media, for many, peer pressure played a large role in their decision to join the gym.

Their acquaintances and friends, not for malicious reasons but to encourage their friend to share the experience, propelled them into the act. Having also recognised going to the gym to be a bonding experience of sorts, many felt the need to join the gym to avoid feeling alienated.

Abdullah bin Hashem, 23, reflected, “Most of my friends started working out before me and consistently insisted that I join them as well. Although it wasn’t particularly what I wanted, my extreme fear of missing out on communal experiences swayed my decision in that direction.”

Now, one could argue that, although these intentions do not fit in an entirely white area, if the desired results are ultimately attained, there isn’t any harm done. However, a perfect outcome like this is rarely achieved.

Working out is an arduous process that warrants discipline, hard work, and a lot of time. This is why taking the social media craze or your peers’ words at face value isn’t the wisest decision.

Influencers usually highlight the result as desirable without a detailed outline of the demanding routine that is associated with creating a healthy gym plan. This causes many people to believe that they can achieve results over a very short course of time or without pouring in much effort.

When inevitably faced with the inaccuracy of this belief, one of two things is likely to happen.

On one hand, they might lose their patience and give up on their endeavours completely. Or, even worse, they might try to make up for the time that they feel they lost by doubling their efforts and pushing their body to their absolute limits.

The first option leaves you feeling even worse about yourself than when you started. Since you now feel that no matter what you do, you can never reach the bar that you or others have set for you. The second path is incredibly harmful and destructive to one’s physical well-being, as over-exerting yourself could lead to muscle fatigue, cramps, aches and tiredness.

There also exist those individuals who work towards their ideal goal and once they are satisfied with their body, they eventually lose the spark and trail off. This loss of their resolve to work as hard as they once did will inevitably lead to all their effort going down in vain.

Once they realise that they are reverting to the body that they had before, these people are likely to feel even more demotivated.

Khalid Ahmed, a third-year undergraduate student at BRAC University, shares a similar fate, as he had to cancel his gym membership only two months after enrolling. “I started working out on an impulse because I felt like my friends were surpassing me in terms of physicality.

“Yet, after putting in hard work for a while, there weren’t any visible changes other than the fact that my joints and muscles felt sore all the time. I now realised that I expected too much in a short amount of time.”

Something what most people don’t realise is that hard work doesn’t always translate to fruitful results when it comes to working out in gyms.

Genetics plays a huge part in a person’s physical configuration and, the truth is, not everyone is cut out for the sheer level of work and mental resolve that gyms require.

That being said, it isn’t our intention to discourage anyone from working on themselves.

However, the decision should not be based purely on external factors, but it should come from a place of wanting your physiological well-being.

Doing extensive research and sorting out your expectations beforehand will go a long way in ensuring that you don’t feel burned out after the initial slump.